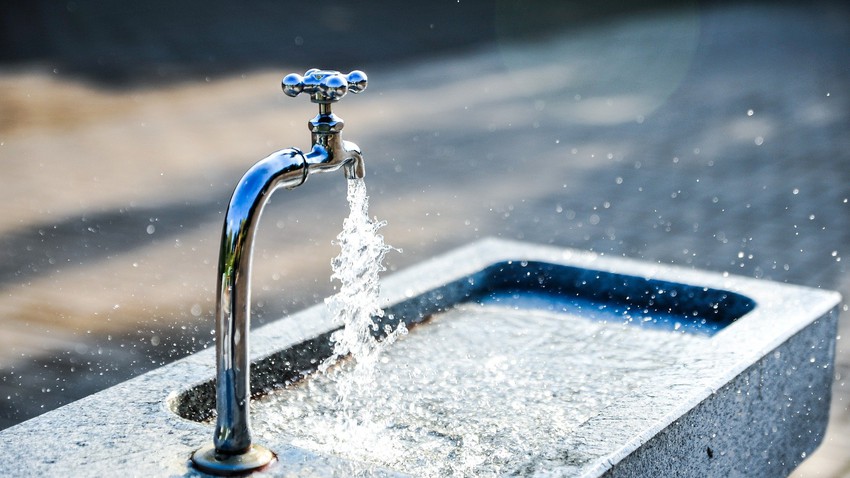 Arab weather - before the invention of techniques for extracting water and running it in canals, people used to walk miles to reach a river or a well until they fill a bucket with water, until the Muslims invented ingenious techniques for raising water, confining it and running it in channels, and they gathered the innovations available either from their own knowledge or What they inherited from other civilizations.

It started with a simple machine still used by the Egyptians, called the shadouf , which was based on the water chambers of the river in a bucket attached to a mast that rotates around an axis.

Then large waterwheels were made to raise water from fast-flowing rivers to higher ground, where the waterwheels were turned by the force of the water flowing onto a crane installed at the edge of the bucket, so the buckets were filled with water, and the waterwheel carried it when it rotated to the top where it emptied into an upper tank connected to the waterway. Naoura, but the Muslims made improvements to it that led to the development of its performance.

Engineers in the Islamic world have realized the power of water to increase productivity, including Al-Jazari and Taqi Al-Din Bin Maarouf, who have designed a number of complex machines in this field, and one of their most important achievements is the methods of automatic operation of some machines, which have made a great impact in the history of technology.

Al-Jazari pump represents a radical change in the technology of raising the water, as a wheel rotating by the force of water rotates a vertical gear, which in turn rotates a horizontal wheel that causes two opposite pistons to oscillate, and the cylinders of the two pistons are connected to the suction and drain pipes. Suction pipes draw water from a basin below, while drain pipes drain water into the supply system 12 meters above the machine. This pump is a prototype of the principle of double action (drawing and draining water), and the pump was able to lift 13.6 meters of water with the help of delivery tubes. This was more sophisticated than the suction pumps that had appeared in Europe in the fifteenth century, which lacked connecting tubes. 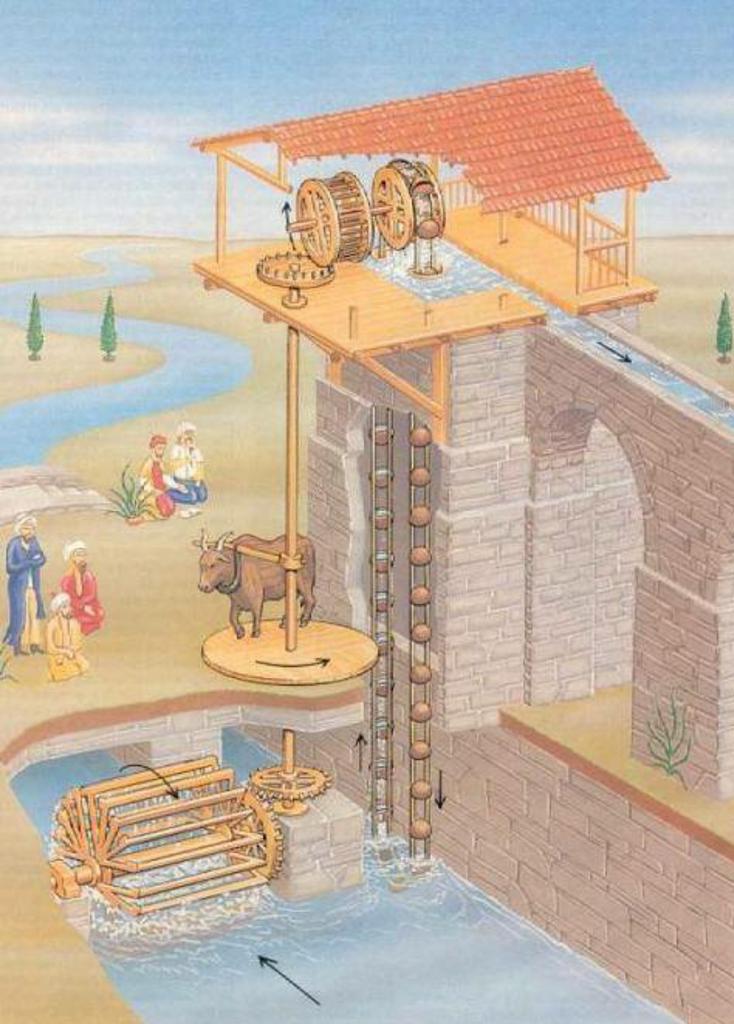 The brilliant engineer, Taqi al-Din Ibn Maarouf, wrote the book “The Sunni Pathways in Spiritual Instruments” and devoted some of its chapters to water pumps, and dealt with the steam turbine a hundred years before it was used industrially in Europe.

Its six-cylinder pump to raise water is part of the history of paper-making and sheet metal forming, and the intelligence in this machine lies in the synchronization and sequencing of the control pistons, due to the tight arrangement of the camshaft angles distributed around the axis of rotation.

These discoveries changed society in an era before relying on machines. People no longer had to walk to water tanks, or wait their turn to use the screw, but rather water reached them through pumps and channels.