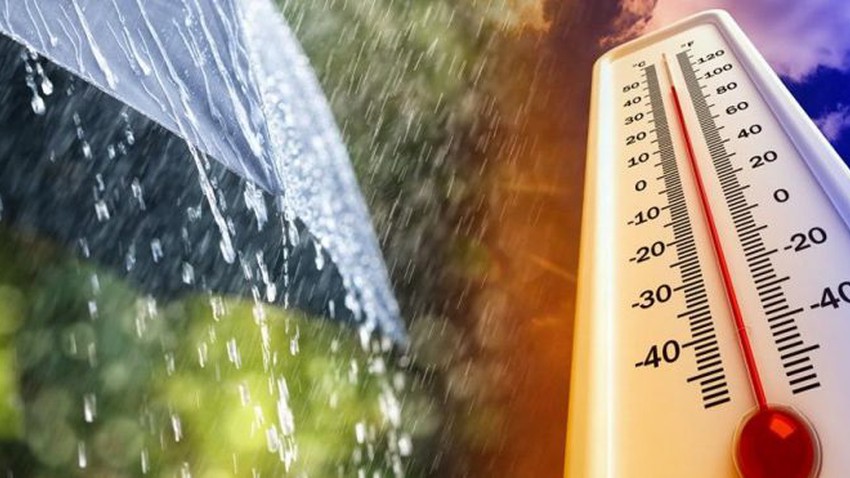 Ramadan was in 1998 in January, that is, in the winter season, and on January 11, 1998, the Kingdom was affected by a strong air depression, accompanied by a very cold air mass, heavy rain and hail, and in conjunction with the sunset call to prayer and the time of breakfast, a snow storm blew up that surprised people after Breakfast was about 10 cm of snow accumulation on the roads of the capital Amman and the northern and southern highlands, and the snow continued to the next day until the snow accumulation reached 30 cm in some areas of the capital, and the temperatures decreased dramatically until it reached 4 - 2 degrees below zero degrees Celsius, and decreased In Shobak heights to about -8 degrees Celsius.

Ramadan 2010 happened in August, and it was an exceptionally hot month, as temperatures approached 40 degrees Celsius in the capital Amman, and at the height of this heat wave, temperatures rose to a record high of 43 degrees Celsius in the capital, Amman, and that was On Friday, August 20, 2010, and on that day, the city’s streets were almost empty of people due to fasting and extreme heat, until the air conditioners and electric fans ran out in many store warehouses, and the electricity was cut off on one of the hottest days due to the large load on the electricity network .

The blessed month of Ramadan began in the summer of 2018, specifically at the end of May, until the temperatures approached the thirties, however, the Kingdom was affected by a cold air mass on June 12, and this was unusual at this time of the year, and the temperature decreased The rain fell to 23-25 degrees Celsius and rain fell in different parts of the Kingdom, until the largest amount of rain reached approximately 35 mm in the city of Salt, and this was the first time that rain fell in the summer season in the Kingdom 6 years ago.

The blessed month of Ramadan in 2020 came during the Corona pandemic, and the government had imposed some precautionary measures to prevent the spread of the epidemic in the Kingdom, and in that period the Kingdom was affected by a distinct air depression on May 5, which was accompanied by strong gusts of wind, heavy rains, torrential rains and colds. A distinctive air depression in exceptional circumstances, and below is a distinctive video with the time-wear technology of the moment when the depression entered and the start of rain, filmed by Omar Dajani, the creative photographer and weather forecaster in Arab weather.

We ask the Almighty to grant us the blessed month of this year with goodness and blessings, security and faith, and safety.