Do summer rains herald the beginning of a new and promising climatic period? 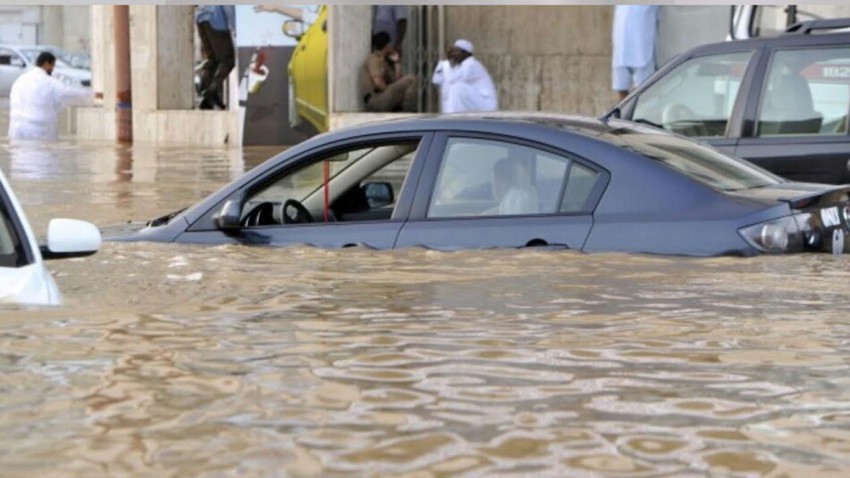 Arab weather - m. Nasser Haddad - Many Gulf countries were affected by summer rains, which are considered very rare in terms of timing and impact, and even the amounts of falling rain,

In a special study, this topic discusses the distribution of air masses and surface air pressures that affect the summer, leading to a general perception of the past, and what are the possibilities of its recurrence in the near future?

What is the reason for the rainy situation that hit many Gulf countries in July 2022?

It led to a sharp break in the monsoon (which is a very humid tropical wind), and it changed its usual way towards India and Pakistan, to the Arabian Peninsula and the Arabian Gulf very rarely.

An area of low thermal atmospheric pressure is formed in a semi-permanent system, starting from late May until early September, and covers large areas of India, Pakistan, Iran and the Persian Gulf region down to eastern Turkey, and this is known as the India seasonal depression, and there are two reasons for the low atmospheric pressure in those The air system are:

High surface temperatures in summer, as it is known that the density of hot air is less than cold air, so its weight decreases and surface pressure decreases with it.

The rush of air currents saturated with moisture, as it is known that the density of moist air is less than that of dry air, which leads to a decrease in surface pressure.

As for the monsoon winds, they prevail in the same time period above, and they are winds that start from the equator and rush north towards the Arabian Sea, and because of the Coriolis force, they break eastward, that is, towards India and Pakistan, causing summer rains of varying intensity, and the Arabian Peninsula remains a source of hot masses. In summer, away from that humid wind.

As for this rainy weather condition (July 2022), the rush of the upper depression towards the depth of the Arabian Peninsula led to the generation of a surface dynamic force that overcame the Coriolis force, and the humid monsoon winds rushed with it towards many Arab countries in the Arabian Gulf.

Climate study.. What is the relationship of global warming with summer rain?

It is necessary to go back to the past, in order to understand the present, where it was found in the early ages of humankind, i.e. about 12,000 years ago (the Holocene Epoch ), that the Earth was suffering from a rise in global temperatures, which led to the extension of the tropical interval in summer towards Iraq and southern Jordan ( ITCZ ), close to the present time!

Usually, summer rains at the present time are concentrated, after God’s will, in the southern parts of the Arabian Peninsula, but the frequent rise in temperature over the years leads to the spread of summer rains towards Iraq and northern Saudi Arabia, in a way that was usual thousands of years ago! Are we accustomed to a new climate cycle similar to that of 12,000 years ago?

But it is not possible to be certain or deny the beginning of a new climatic era, based on the observation of a few years. Rather, this requires observing the weather phenomena that occur every summer during many successive years in order to judge better.