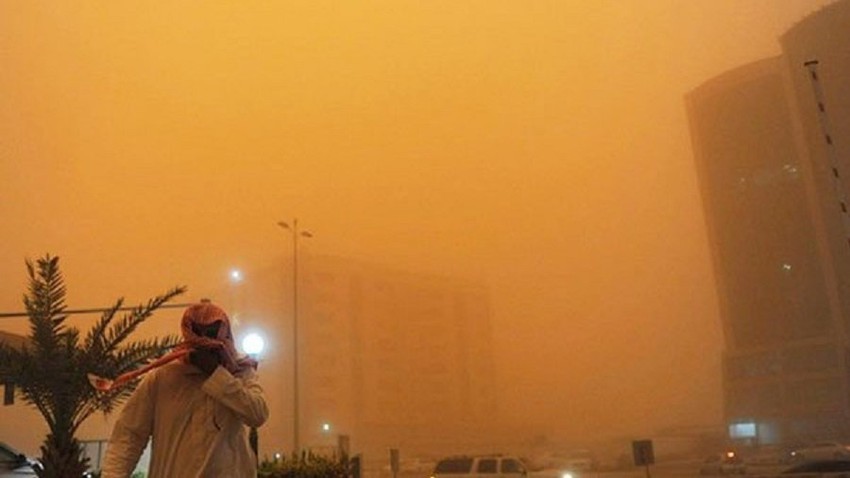 Weather of Arabia - Sinan Khalaf - As soon as the dust wave struck the skies of the Kingdom two days ago, discussions began about the role of the effect of dust and its role in killing the Corona virus and other viruses, which forced the specialists to respond directly and clarify through their accounts on social media.

Dr. Khaled Al-Nimer, a consultant and professor of cardiology and arterial catheterization, said in a tweet to him on Twitter that modern science has not proven any evidence that dust is capable of killing corona and other viruses, on the contrary, the bacterial and viral respiratory infections during and after waves Dust directly, and confirmed that studies have shown that bacteria and viruses increase in the atmosphere during the sand storm compared to other days, and this explains the increase in asthma attacks and respiratory infections during the sand storm .

For his part , Dr. Fahd Al-Khudairi , a research scientist with carcinogens, also stressed that it has not been scientifically proven that dust kills viruses, but that dust may have the opposite effect by helping to spread diseases and feed some microbes.

Dr. Al-Khudairi said that, with regard to Corona virus, the virus spreads within a meter and a half if a person sneezes, and from contact with an infected person or a surface or other contaminated with the virus, and if there is no close person, the causes of infection fall to the ground or to a surface and remain for a period 10-12 hours then you die.

He added, that if the virus flies with dust, the distance will be from 10-20 meters, during which the virus will fall and may die during the same period mentioned earlier, and this was attributed to Chinese researchers, where they published this in one or more researches during the past 14 days.