Does looking at the annular eclipse of the 26th of December 2019 hurt the eyes? 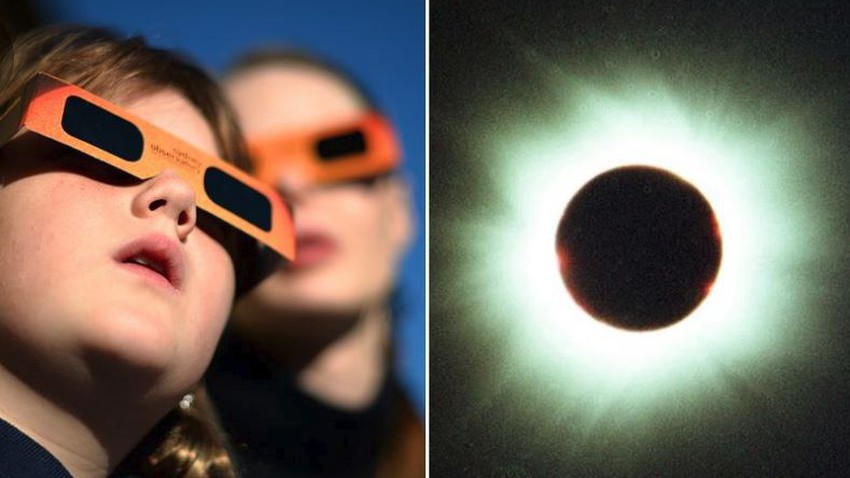 Weather of Arabia - On June 21, the Earth witnesses an astronomical event that is the first eclipse of the sun during 2020, which will be partial in regions and annular at another, ( What is the annular eclipse of the sun .. How does it happen? And what is the difference between it and the total or partial eclipse ?)

Is looking directly at the eclipse safe and not harmful to the eye, or is it dangerous to cause damage to the eye?

In fact, you can safely look at the total eclipse of the sun while the sun is completely enclosed, as the moon appears to be a fiery white aura, which is one of the most exciting things you can see.

Why do people say it is dangerous to look at the solar eclipse?

Well, in general (in times other than an eclipse), you may have been told not to stare in the sun. This is because the sun simply produces energy that our eyes cannot bear, and exposing the eye to this type of energy can harm the retina.

In short, a total, annular, or partial eclipse of the sun is dangerous because the sun's rays can come out from behind the moon and "surprise" you before you have the opportunity to look far away. This is actually worse than if you would normally look out of the sun, especially during a total eclipse, and that would not only be uncomfortable, but dangerous .

What happens if you ignore the warnings and look at the eclipse with the naked eye directly?

Direct viewing of sunlight at the time of the eclipse may cause damage to the retina, which is the sensitive part of light from the eye, light intensity and focus on the retina, which may lead to permanent impairment of vision and possibly blindness in some cases

The importance of Eclipse glasses?

It should be noted that sunglasses of all kinds will not protect your eyes from the sun's rays during their eclipse. Rather, special glasses of eclipse should be used, which meet international safety standards.