Dr.. Jamal Al-Mousa via Roya TV to talk about the latest expected weather conditions in Jordan 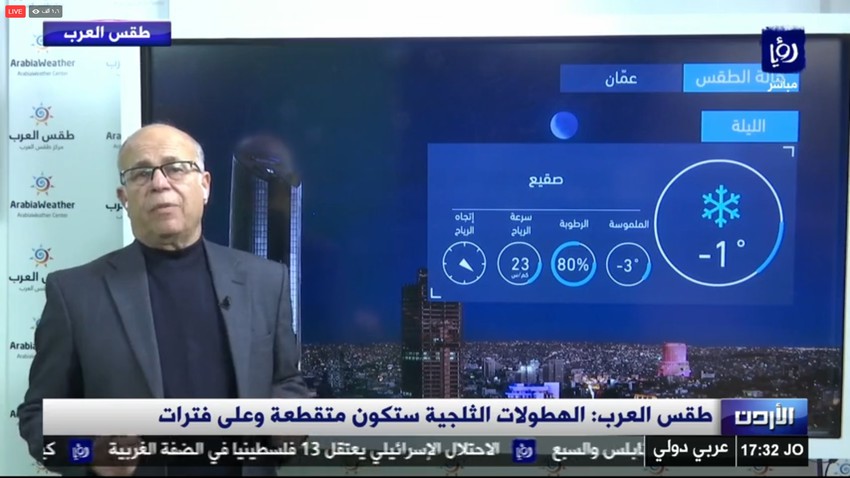 Arab weather - with the first hours of the night, temperatures are expected to drop below zero (negative) in many regions of the Kingdom, including the neighborhoods of several major cities. Snow, God willing, especially in the south and east of the Kingdom, is accumulating in some of those areas, while the chances of precipitation are declining in the north and center of the country, and a severe and early wave of freezing and snow is expected that will cover most of the Kingdom’s regions and roads.