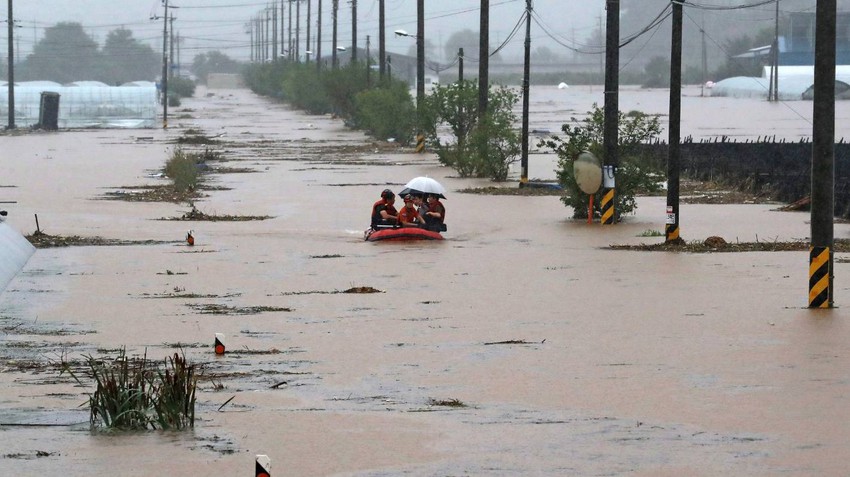 Weather of Arabia - Two rescuers were killed and five others were missing in South Korea after their boats capsized in flood waters on Thursday, at a time when the torrential rains on the Korean Peninsula threatened new floods and landslides.

Parts of South Korea have seen the rains for 44 consecutive days, the longest period since 2013., according to Reuters

Three rescue boats were washed away by flood waters while they were trying to free a police boat that was stuck near a dam northeast of Seoul.

One body was found near the dam, while the other was recovered 20 kilometers downstream.

In other areas, at least 16 people were killed and 11 were missing, while more than 1,600 people were displaced from their homes during the past few days.