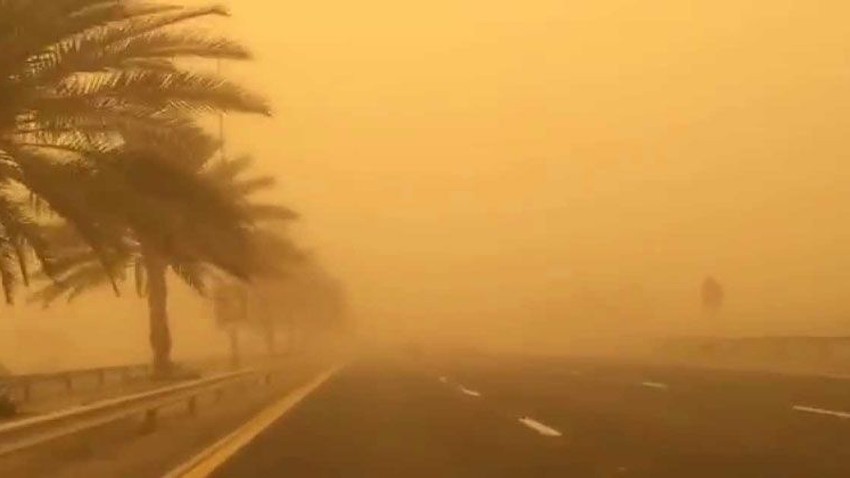 Weather of Arabia - This article deals with various information about dust storms in the form of questions and brief answers to them..

What are the conditions for the formation of rising dust or dust storms?

To be rising dust or storms needs conditions

What are the storm seasons in Iraq?

Why do some dust storms spread far and occupy large areas?

The extent of dust spread depends on the following:

How do dust storms maintain their strength despite being far from the source?

The more storms move in dry desert areas with the continuation of cold air in these areas or the winds continue to be active, the more they expand and extend more, and sometimes fade away with the absence of the cause.

Why does dust continue in the air, despite the stillness of the wind?

When the wind is still in one place, the dust particles stop in their place and do not precipitate due to their small size and remain suspended in the air, but in another place we find the continuation of dust agitation and its rush towards these areas of stillness of the wind.

Yes, dust crosses continents and oceans as well, as sometimes happens from waves of dust emanating from the African desert and heading north towards Europe, east towards Iraq and the Levant, and west towards the Atlantic and America.

Who are the most important sources of dust globally?

The African desert is considered the largest source of dust globally, followed by the Badia of western Iraq, the Syrian Badia and northern Saudi Arabia.

Can dust storms be prevented locally?

It seems impossible because the dust sometimes comes from other countries, but the encroachment of the desert can be halted by creating buffers and green belts.