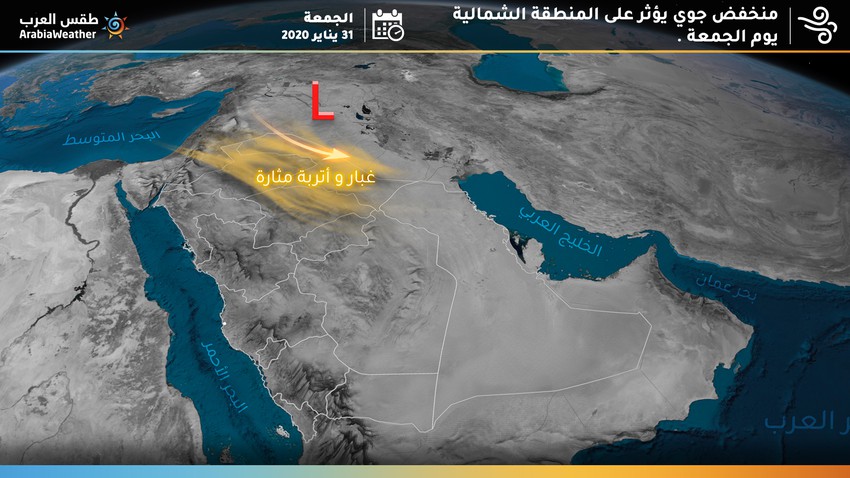 Weather of Arabia - The latest weather updates indicate that indicators of the northern region of the Kingdom are affected by the outskirts of an air depression centered on the Syrian territories, where dust-causing western winds are activated on both Al-Jouf and north of the northern border on Friday.

It is expected that the speed of the wind gusts will reach at midday on the northern region of Al-Jouf 80 km / hour, and thus the weather will be dusty before the dust wave moves east towards the northern border.

The cold air mass accompanying the depression also reduces temperatures to cool the atmosphere on Turaif, Qurayyat, Arar and the rest of the cities located in Al-Jawf and the northern borders, as well as north of Tabuk.

Infographic The high number of people infected with `Corona` ... and its arrival in 8 Arab countries

Saudi Arabia Stable weather during Thursday in the general regions

Saudi Arabia A stable atmosphere in all regions, the coming days