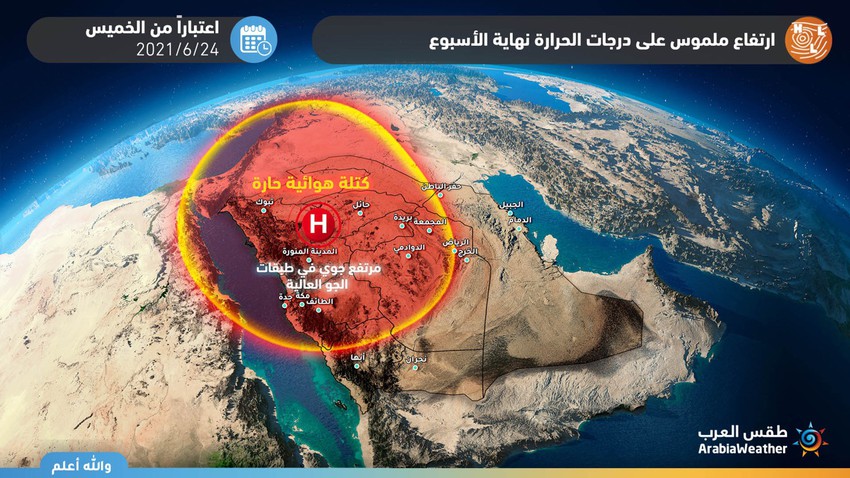 Arab Weather - Sinan Khalaf - Our indicators are increasing in the Arab weather that large parts of the Kingdom will be affected this weekend by a very hot air mass, which works to control hot and exhausting weather and raises temperatures to high levels.

The effect of the hot air mass also includes the Madinah region, so that temperatures rise to the mid-forties of Celsius during the second half of this week, so that a hot and exhausting atmosphere prevails there. 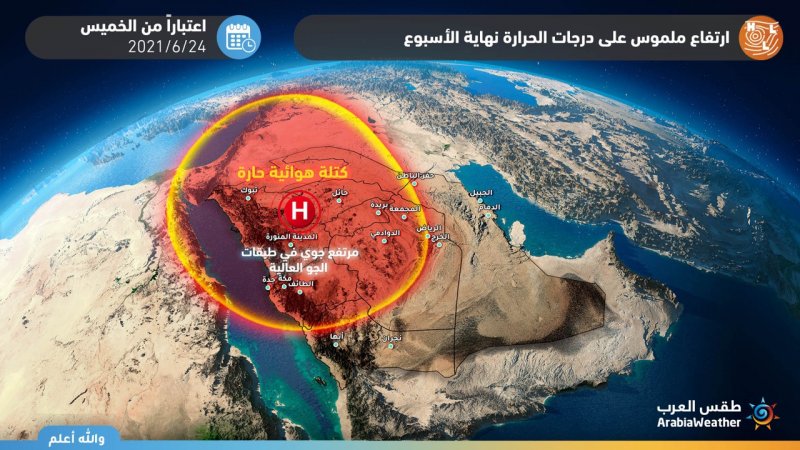