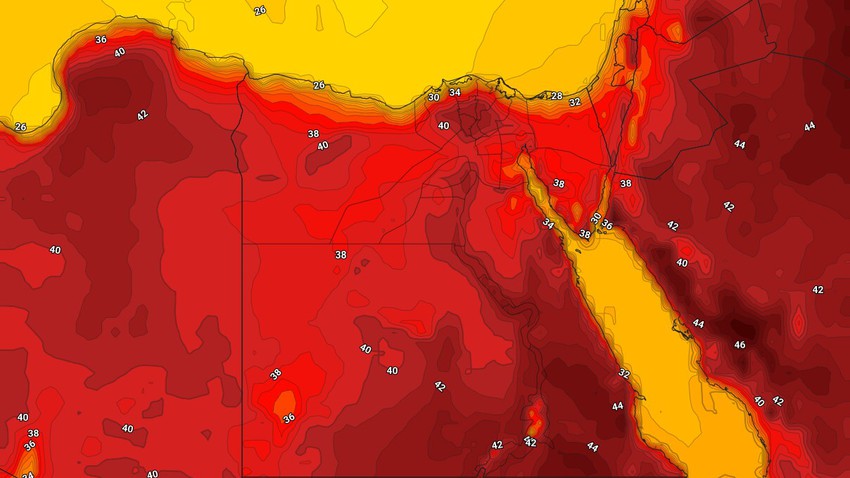 Arab weather - temperatures are expected to start rising during the next week, provided that this rise will be clearer in conjunction with the impact of a hot air mass on Egypt at the end of the week as a result of the increasing impact of the upper air altitude over the region in conjunction with the rush of hot air currents coming from the Arabian Peninsula towards Region.

The temperature is rising again

During the first half of the week, there will be a rise in temperatures, so the weather will be relatively hot on the northern coasts and central Sinai, hot on the Delta, Greater Cairo, the Canal cities, Lower Egypt and northern Upper Egypt, and very hot on the rest of the regions, and winds are north to northeast, moderate in speed, sometimes active. After noon hours, it will be dusty and dusty in parts of Lower Egypt.

During the night hours, the weather is pleasant in the northern regions and mild in the rest of the regions. Humidity levels rise and water mist is formed in parts of Sinai, the cities of the Canal and parts of Lower Egypt, in addition to Matrouh.

It is expected that temperatures will tend to rise during the weekend due to the rush of a hot air mass towards the Republic of Egypt, starting from Thursday, God willing, so that the temperature in the capital, Cairo, approaches the barrier of 40 degrees Celsius, so that the weather becomes relatively hot on the northern coasts, and hot to very hot on the The Delta, Cairo, the Canal cities, central and southern Sinai, and the coasts of the Red Sea, and it is very hot over the rest of the regions, while the weather is moderate at night in most areas. 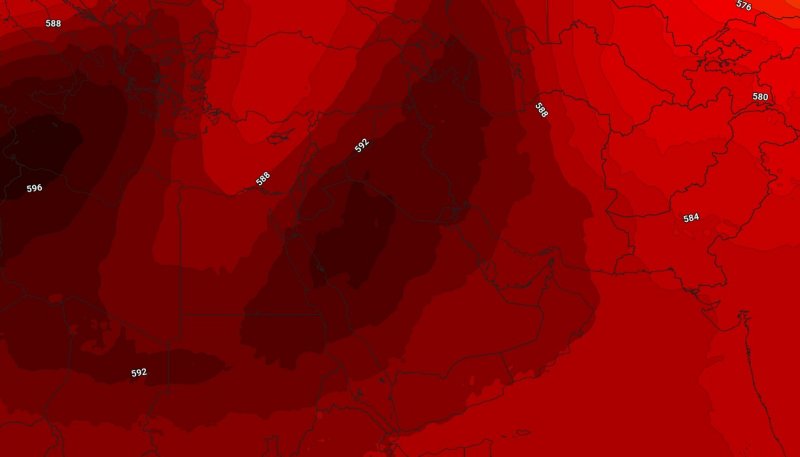 During the last period, the Long-Range Weather Forecasting Department issued a series of seasonal bulletins in the Arab world, including special reports for Egypt, so we invite you to review them.

This expected hot weather comes as a result of the control of the upper air altitude towards the region in conjunction with the extension of Sudan's seasonal thermal depression to center in southern Egypt, which increases temperatures in most areas.