early warning | Monitoring a new dusty situation, which is expected to affect some regions of the Kingdom, starting from Wednesday 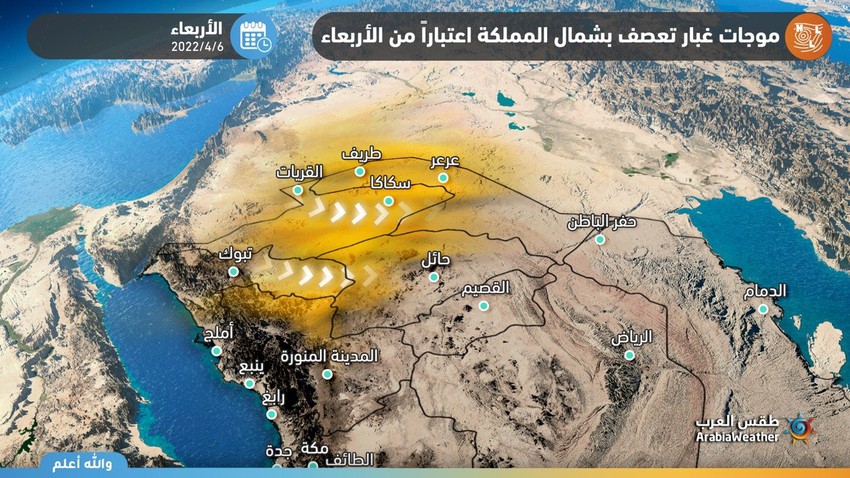 Arab Weather - Sinan Khalaf - The latest output of the computer simulation systems for wind movement indicates that parts of the north of the Kingdom may be affected on Wednesday by strong winds and successive dust storms, which may turn into sandstorms at the end of the week.

In the details, it is expected that the northern sector of the Kingdom will gradually blow from Wednesday, strong northwesterly winds, their intensity will increase on Friday, and the speed of some of their gusts reaches 90 km/h . In the range of horizontal visibility below 100 m and possibly its absence, especially on external roads. 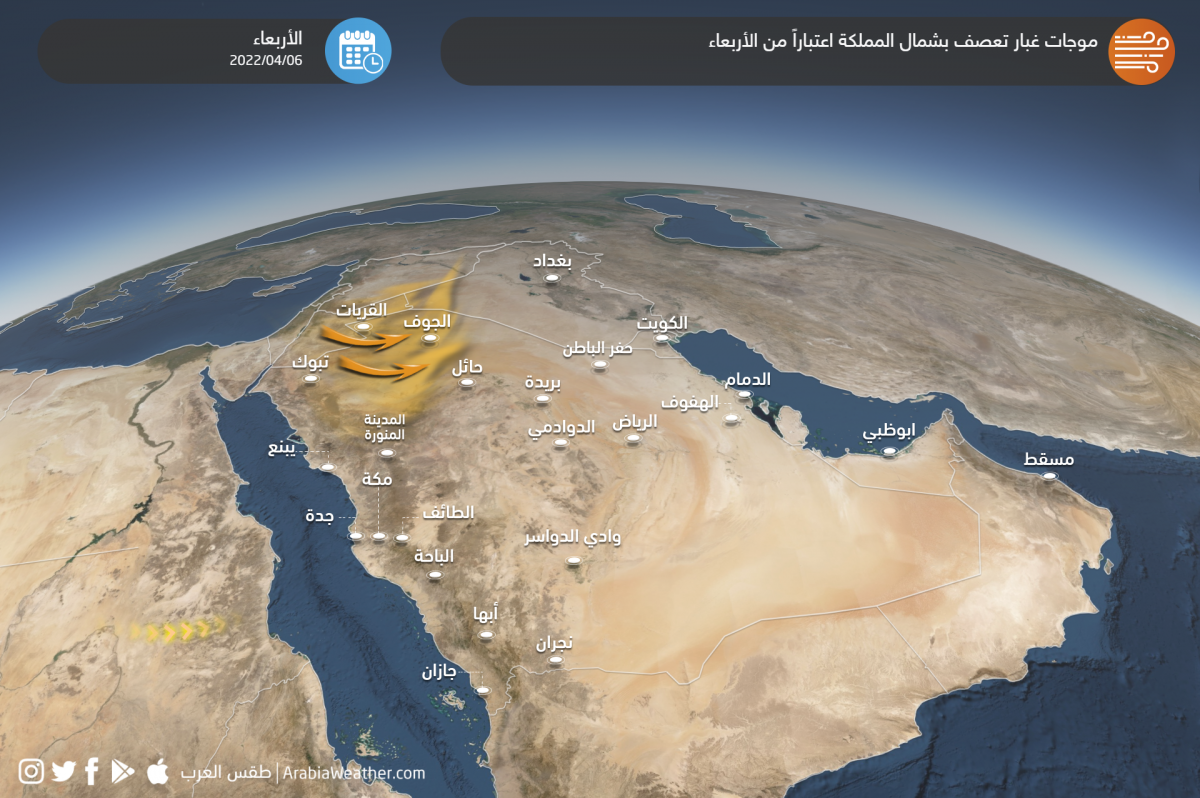 Areas most affected by sandstorms and dust waves

As for the areas most affected by sandstorms and dust waves, they are the Al-Jawf and the northern borders, where it is expected that the dust waves in these areas will be dense and strong and rise to the point of a sandstorm, especially on Friday , and the forecast staff in Arab weather monitors the possibility of the dust wave descending and moving towards the central parts. And the eastern region of the Kingdom on Saturday, is working to reduce the horizontal visibility significantly and significantly.