Early warning of the return of Al-Bawareh winds, especially in southern Iraq and Kuwait, starting from the end of the week 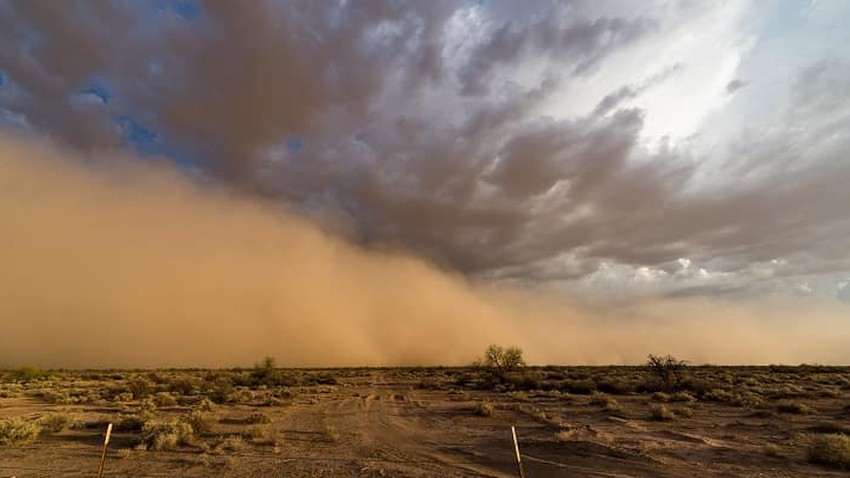 Arab Weather - According to the latest outputs of the numerical models processed by the Arab Regional Weather Center, it is expected that the northwest winds, known locally as the Al-Bawareh winds, will renew from Thursday on southeastern Iraq and Kuwait, but they are generally moderate in speed and accompanied by active bouts of dust and dust, especially in southern Iraq .

According to the initial indicators, the Al-Bawarih winds are expected to intensify so that the winds will be active at speed and accompanied by strong gusts, which leads to the emergence of dense dust waves from southern Iraq and Kuwait to eastern Saudi Arabia, Qatar and Bahrain, extending towards parts of the Emirates, causing a significant decrease in the range of horizontal visibility.

The reason behind the blowing of the Al-Bawarih winds is due to a difference in the values of atmospheric pressure between different countries and regions in the Arab world, as a result of the difference in specific heat between land and water, and because the land gains heat faster than water, the air expands on the surface of the land and the atmospheric pressure decreases, and then the pressure becomes The air above the sea water is higher relative to the land, so regions with high air pressure values are generated over the waters of the Mediterranean.