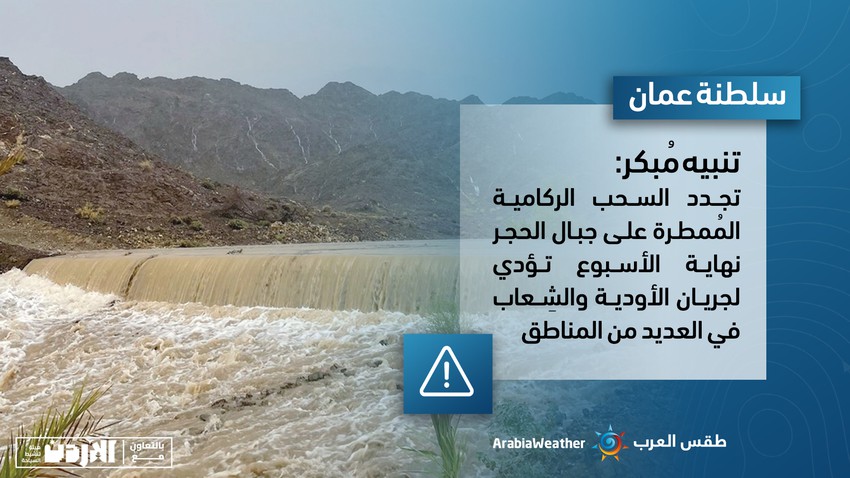 Arab Weather - Specialists at the "Arab Weather" Center said that there is a renewal in the unstable weather over large parts of the Al-Hajar Mountains and neighboring areas by the end of this week, so that the opportunity will be available in the afternoon hours for rain of varying intensity on several parts of the Al-Hajar Mountains. It may lead to the flow of valleys and reefs in some areas.

In the details, an air groove is approaching the Sultanate’s airspace as of Wednesday, causing a gradual decrease in temperatures, and the proliferation of cumulus clouds over several parts of the Al Hajar Mountains, with its effect increasing on Thursday and Friday, and these clouds are accompanied by rain that may be heavy in some neighborhoods and ranges. Geographical and associated with hail, which may cause the flow of valleys and reefs in some areas, and is associated with thick thunderstorms, which means a high chance of the occurrence of the so-called strong downward winds, in addition to the occurrence of lightning and lightning.

Sultanate of Oman: Sporadic rain expected in parts of the Hajar Mountains and some coastal areas on Sunday