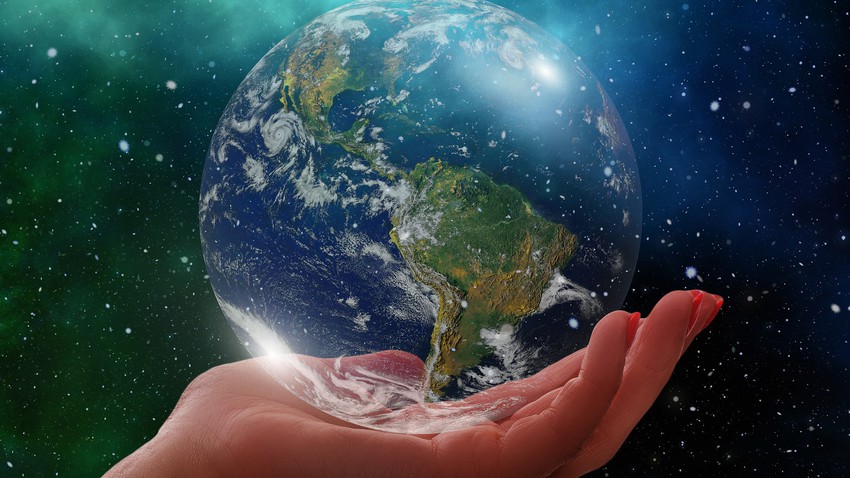 Arab Weather - The world commemorates on April 22 of each year an important environmental event, which is "Earth Day", whereby the world pledges every year to contribute to preserving the environment and protecting the Earth. Positive in public policies.

This year (2021) marks its 51st anniversary, and the slogan for this year's Earth Day is " How do we reclaim our land ", and as United Nations Secretary-General António Guterres said in a statement: "The recovery from the COVID-19 pandemic is an opportunity to put the world on a cleaner path. And more sustainable. "

It has become clear that the current environmental situation calls on the world to work to restore what has been corrupted on this planet, and we remember today that the world needs to shift to more sustainable practices that work for the benefit of people and the planet.

The importance of Earth Day

Earth Day was celebrated for the first time in 1970, when 20 million people took to the streets to protest against environmental degradation. This event started due to the 1969 Santa Barbara oil spill, as well as other issues such as smog and polluted rivers.

For more than the next half century, Earth Day continued to play an important role in environmental activity.

The landmark Paris Agreement, which brings nearly 200 countries together in setting a common goal to reduce global greenhouse gas emissions, was signed on Earth Day 2016.

Read also | Earth Day 2021: Google Doodle Video encourages everyone to plant seeds for a brighter future
According to earthday.org, Earth Day aims to "build the world's largest environmental movement to transform people and the planet". The movement's mission is to "diversify, educate and revitalize the environmental movement throughout the world".

According to the United Nations, Mother Earth Day is celebrated to remind each of us that the Earth and its ecosystems provide us with life and food. This day also recognizes collective responsibility, as called for by the 1992 Rio Declaration, to promote harmony with nature and the Earth to achieve a fair balance between the economic, social and environmental needs of present and future generations of humanity.

This day provides an opportunity to raise public awareness around the world of the challenges related to the well-being of the planet and all the life that it supports.

In this way, the topic rejects the notion that mitigation or adaptation are the only ways to address climate change. It is up to each of us to reclaim our land not only because we care about the natural world, but because we live on it. We all need healthy land to support our jobs, livelihoods, health, survival, and happiness. The book says a healthy planet isn't an option - it's a necessity.

This year, seven major climate-related events are taking place in parallel on April 22, including the leaders' summit on climate hosted by the United States, and the Exponential Climate Action Summit on Financing the Race into Zero Emissions.