Earthquake in Al-Baha .. An appendix statement to the geological survey on the cause of the earthquake 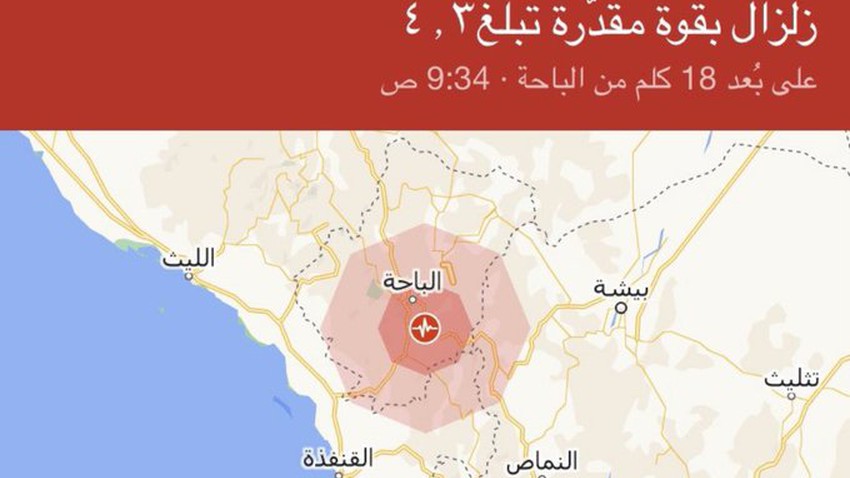 Weather of Arabia - Geological Survey spokesman, Tariq Aba Al-Khail, attributed the cause of the earthquake that occurred today in Al-Baha, to the effect of tensile forces in the middle of the Red Sea, which results in tectonic stresses transmitted to the earth's crust in the areas adjacent to the Red Sea; Which causes the reactivation of the shutters in the earth's crust.

In a supplementary statement today, Aba Al-Khail confirmed that it is normal for such tremors to occur and are felt by residents of residential areas due to their proximity and shallow depth.

He explained that he does not expect any losses due to its small seismic strength on the Richter scale; He confirmed that a team from the authority proceeded to the site immediately after the earthquake.