Egypt: a decrease in temperatures during the next two days 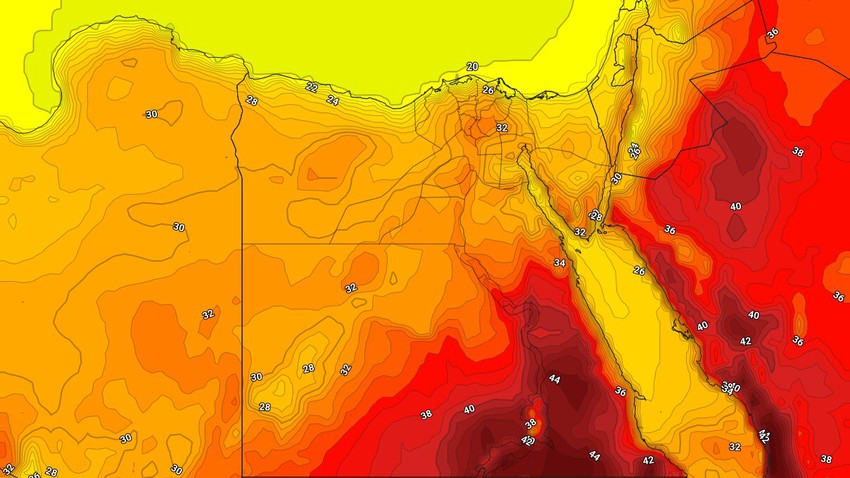 Weather of Arabia - The numerical maps indicate expectations that Egypt will be affected during the next two days by an extension of a shallow air rise, so that northern air currents originating from the Mediterranean rush and reduce temperatures, coinciding with the weakening of the intensity of the semi-tropical air high, God willing.

Slightly below average temperatures on Sunday and Monday

Hot weather in the Cairo and Lower Egypt areas

In the details, it is expected that northern marine air currents will rush towards all regions, so that moderate weather will prevail in the northern coastal areas, and a tendency to heat in the Lower Egypt and Greater Cairo regions, all the way to northern Upper Egypt, and very hot in southern Upper Egypt, and the winds will be northerly moderate speed, active in the afternoon. And be dusty and dusty in some areas, especially in Upper Egypt. 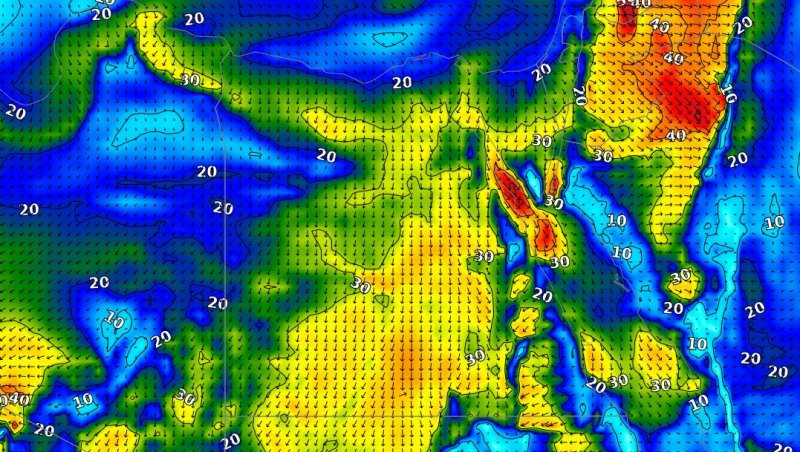 During the night hours, pleasant weather prevails in all northern regions, while the weather is warm in the rest of the regions, and humidity levels rise and water mist is formed, especially with dawn and morning hours in many parts of the north of the country, especially Marsa Matrouh, as a result of which the extent of horizontal visibility decreases, God willing. .