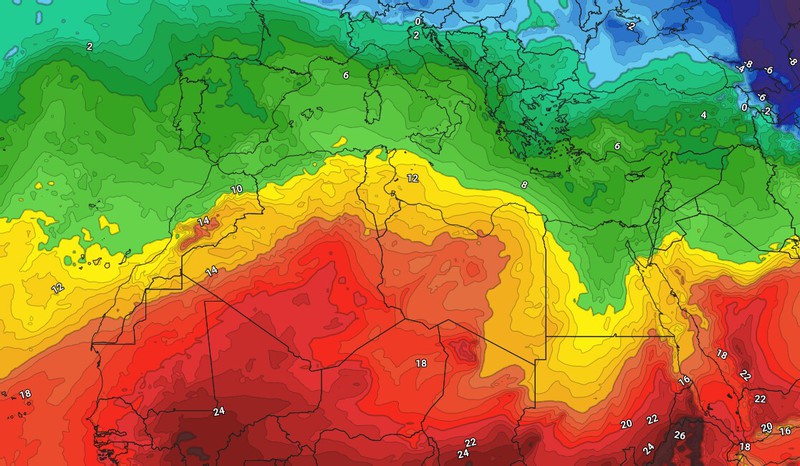 Weather of Arabia - It is expected, God willing, that a decrease in temperatures will occur during the coming days, and the autumnal weather will be relatively cold in the morning, turning to pleasant in most regions during the noon and afternoon hours.

Clouds will appear at different heights in the coming days, and light showers of rain may occur in parts of the northern coast, parts of the western coast, the delta, and northern Lower Egypt.

Relatively cold weather and fog in some areas

The weather tends to be cold to relatively cold during the late night and early morning hours in several parts of the Republic, and the surface humidity levels rise so that the weather is noticeably wet during the night hours.

The opportunity is provided for the formation of fog in large areas of Sinai during the late night, dawn and early morning hours, and it continues until late morning hours, which leads to a noticeable decrease in the horizontal visibility.