Egypt: A drop in temperatures and normal summer weather in most regions this weekend 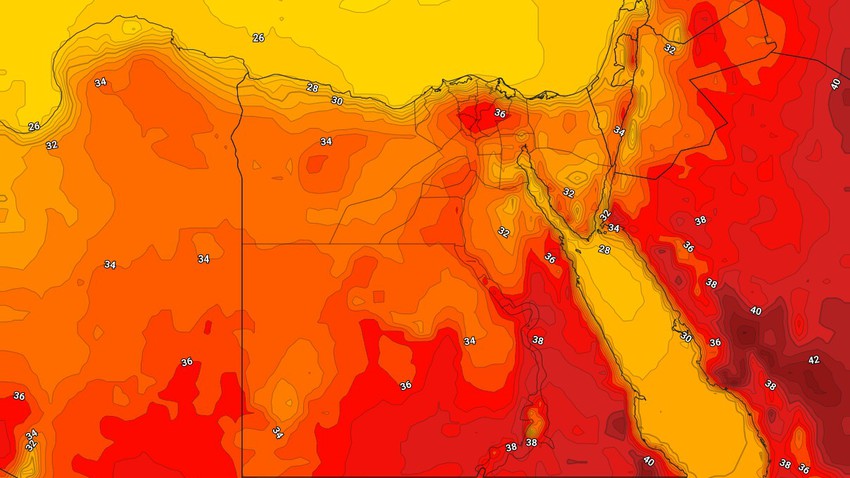 Weather of Arabia - Weather maps indicate expectations that the weather systems affecting Egypt will not change during the weekend, as the country is affected by an upper air depression that decreases temperatures.

In the details, it is expected that temperatures will prevail around below their rates during this period of the year in most areas, so that moderate weather will prevail on the northern coasts and hot on the Delta, Cairo, Canal cities, central and southern Sinai, the coasts of the Red Sea and northern Upper Egypt, and very hot over the rest of the regions, and the weather will be Mild at night over most areas, and moderate to warm in central and southern Upper Egypt. Winds will be northwesterly moderate in speed, active at times.