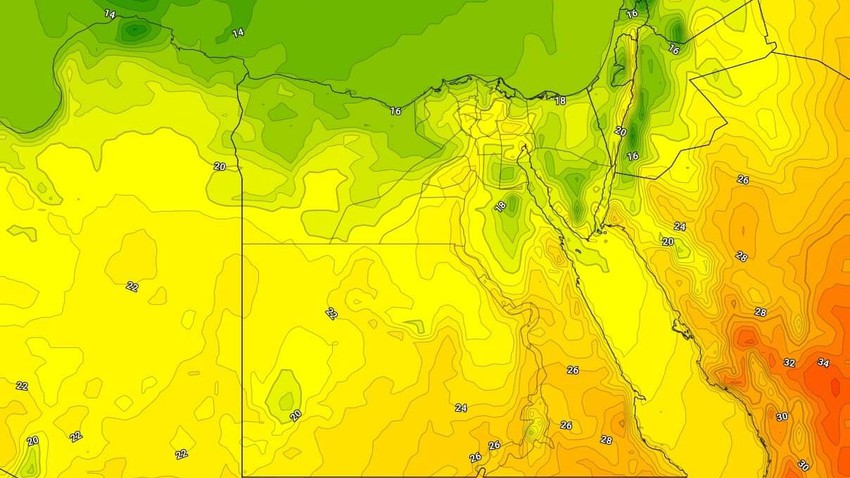 Arab Weather - A decrease in temperatures is occurring, and cooler weather prevails in the northern shores and gentle in the rest of Egypt, with clouds appearing at different altitudes, especially those in the northern regions, so that the opportunity for showers of rain will be created in parts of the north of the country, and the winds will be westerly. To northwesterly moderate speed, it is active occasionally in some areas, including the shores of the Red Sea, and works on the heights of waves over those areas.

There is also a decrease in night temperatures, and the weather is relatively cold to cold, and clouds continue to appear at different altitudes and the chances of showers of rain remain in parts of the far north of the country incoming, and the winds are fluctuating and light to moderate speed is active sometimes.