Egypt | A further slight decrease in temperatures Thursday, with the emergence of higher clouds 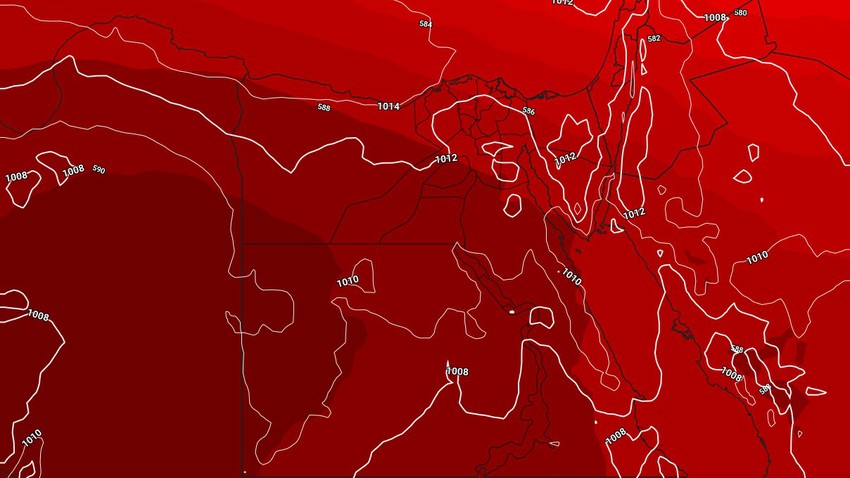 Arab Weather - There is another slight drop in temperatures on Thursday, while they continue to be higher than their usual rates for this time of the year, and the weather is warm in the coasts of the Mediterranean, and hot to very hot in the rest of the regions, and the temperatures are at the end of the thirty degrees Celsius in the capital Cairo, With the emergence of high amounts of clouds, and the winds are fluctuating in direction and light to moderate in speed, sometimes activating and accompanied by strong gusts in some areas that raise dust and dirt.

There is also a decrease in the night temperatures compared with the previous nights, and the weather is pleasant in the far northern regions, and relatively warm to hot in the rest of the regions, with the continued appearance of high clouds, and the winds will be light northeasterly to moderate speed.

The latest output of numerical models at the Arab Weather Regional Center indicates the return of the extremely hot air mass in the country as of the weekend, accompanied by advanced forty temperatures in the capital, Cairo, and a very hot and generally exhausting atmosphere, God willing.