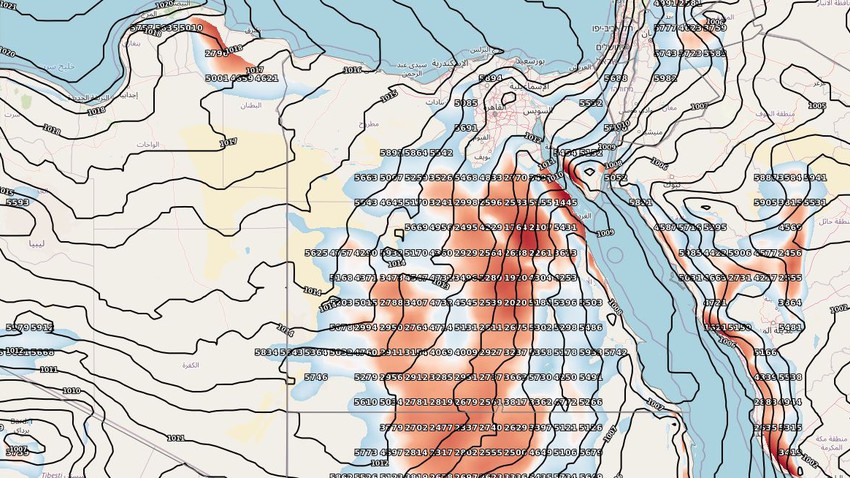 Arabia weather -   Egypt is affected by an upper low extension, which works on a gradual decrease in temperatures, while the impact of the surface air rise intensifies to affect most areas, causing active dusty winds in many areas during the next week.

Hot summer weather in most areas

Temperatures gradually decrease during the week in all regions of Egypt compared to previous days, so that the weather is generally moderate in the coastal areas and hot on the Delta, Greater Cairo, Central Sinai, the coasts of the Red Sea and northern Upper Egypt, so that the temperatures are in the mid-thirties and thus are around their monthly rates.

In the same context, it is expected that the southern parts, especially southern Upper Egypt, will be under the greatest influence associated with the remnants of the hot mass, so that the temperatures will be at the beginning of the forties at the beginning of the week, provided that they decrease significantly as of Monday, so that the weather becomes hot to very hot in general.

During the night hours, the weather is pleasant in the northern regions and mild in the rest of the regions. Humidity levels rise and water mist is formed in North Sinai, the cities of the Canal and parts of Lower Egypt.

Activity on the movement of dusty winds

Northwest winds are active in large parts of Egypt, accompanied by a rise in dust rates in the atmosphere, especially in Upper Egypt and the cities of the Gulf of Suez. The waves are moderate to turbulent in the Mediterranean and the Red Sea, especially the Gulf of Suez, which causes partial disruption in some marine navigation activities. 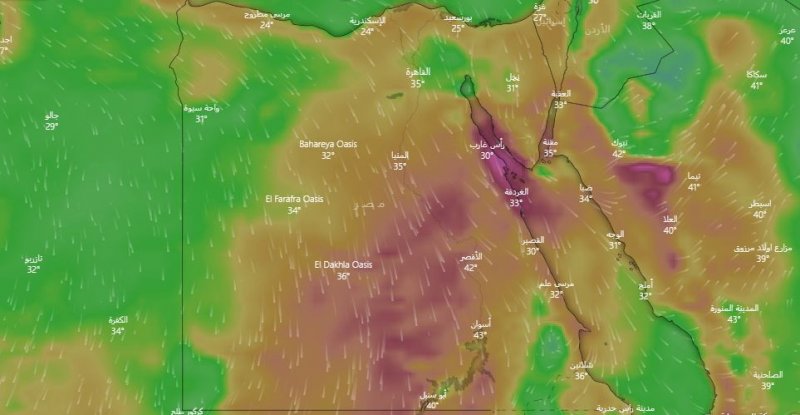 With the weekend, the temperatures drop further so that an air mass with temperatures below their normal rates dominates, in addition to the activity of the northeastern winds with the noon and afternoon hours to increase the sense of comfort, as the weather is suitable for going out on trips and practicing outdoor activities with the hours after The afternoon, especially in the northern and coastal areas of the Mediterranean, taking into account avoiding direct exposure to the sun for a long time and drinking a lot of fluids.