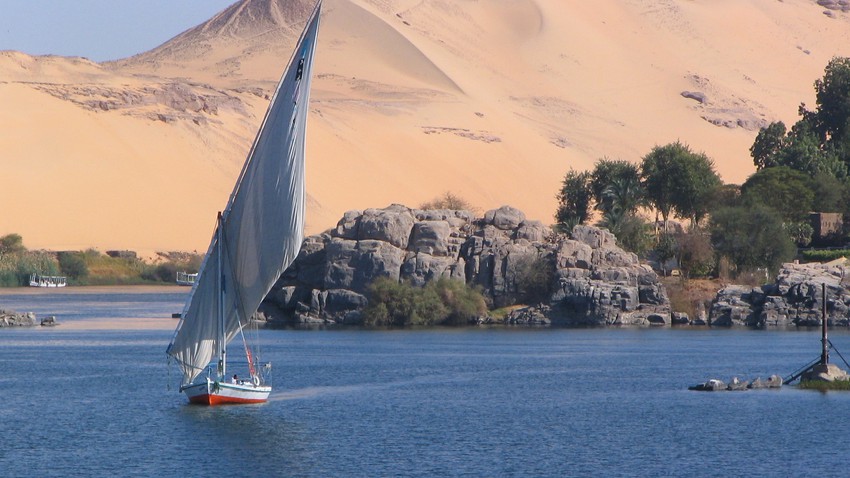 Weather of Arabia - The weather systems are represented by the concentration of an air height in the eastern Mediterranean, including the Egyptian Republic, to ensure the continuation of stable weather conditions, and temperatures, as of Wednesday, record successive rises in all regions during the first week of the blessed Ramadan.

The temperature rises throughout the regions of the Republic on Wednesday compared to the temperature recorded on Tuesday, as there is a relatively hot weather in the center of the country and hot in the south of the country, and more moderate in the northern coast, and gradually appear during the day some clouds at high and medium altitudes, and the winds will be north to north Moderately oriental, active in the eastern regions.

Hot air mass affect Egypt by the end of the week

From Friday, a hot air mass will rush to Egypt, which will continue until the middle of next week, so that the temperatures will rise and become in thirtieth levels in most regions of the Republic, as it is expected that the temperatures will reach the 40-degree barrier in some parts of the capital Cairo, especially on Sunday and Monday. The weather is very hot and dry in general in most regions of the republic, and gradually amounts of medium and high clouds appear, and the winds will be southwesterly to moderate to brisk, causing dust in parts of the interior regions.

The scientific reason for the eruption of this hot mass

This air high and the hot mass come after the rush of a series of cold air masses and depressions towards western Europe and the Maghreb countries, and this leads to the severity of the affected area of the eastern Mediterranean basin, including the Egyptian Republic, by the hot air mass.