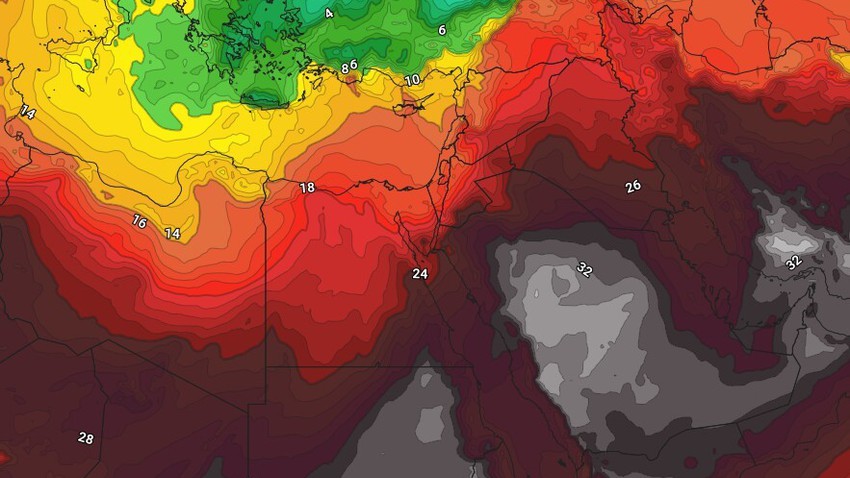 Arab Weather - The outputs of the numerical models indicate expectations of an increase in temperature levels during the coming days, as it is not excluded that the maximum temperatures in some areas will exceed the 37 degrees Celsius barrier in many Egyptian villages and cities, including the capital, Cairo.

A gradual rise in temperatures in the coming days, and a significant decrease on Saturday

In the details, it is expected that temperatures will rise in the coming days in the Republic of Egypt due to the rush of very hot air currents rushing from the desert of the Arabian Peninsula, to become higher than their usual rates in most parts and very hot weather prevails in the afternoon and afternoon hours in most areas, approaching the forty barrier. Centigrade in the southern regions, coinciding with the activity of northern winds at intervals. 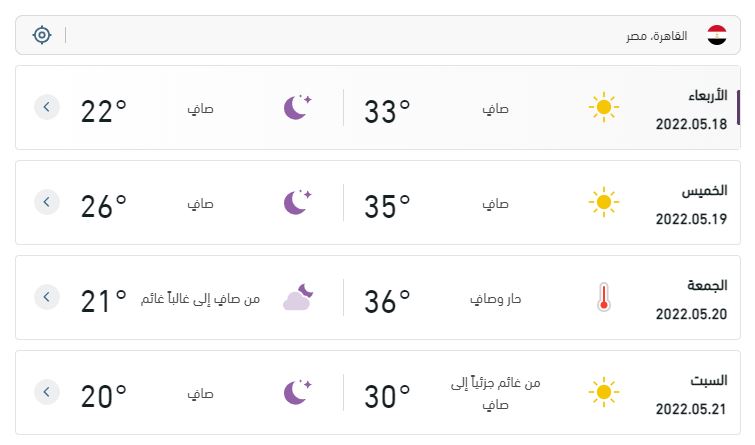