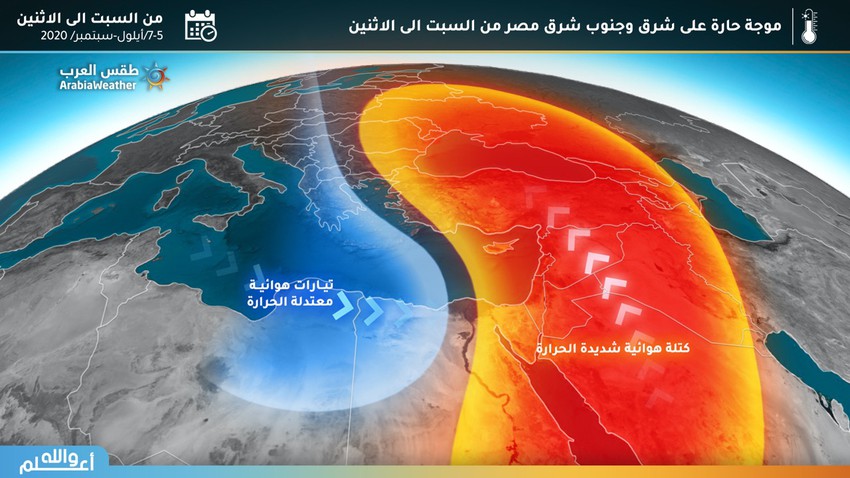 Arab Weather - Temperatures begin to rise gradually in the east and center of the republic on Friday, as hot weather prevails in all regions and temperatures are higher than their average for this time of the year, including the capital Cairo, while the weather is more moderate on the northern coast.

Temperatures will rise further on Saturday, with the republic being affected by a heat wave, as the main impact of this bloc is on the eastern regions of the country, specifically the Sinai Peninsula and the coasts overlooking the Red Sea and extending westward towards Cairo and the Upper Egypt region, and temperatures are in the early forties in most regions. Including the capital, Cairo, while it is in the mid-forties in the south of the republic.

The western and northern parts of the republic remain far from the effects of this hot mass, and moderate heat winds blow on the northern and western coast of the country, working to maintain temperatures there at their annual rates for this time of year.

It is expected that parts of Egypt will continue to be affected by the heat wave until the middle of next week, before its intensity subsides and the weather returns to normal summer.