Egypt: A moderate air mass affects the country at the beginning of this week, and temperatures return to rise during the second half of the week 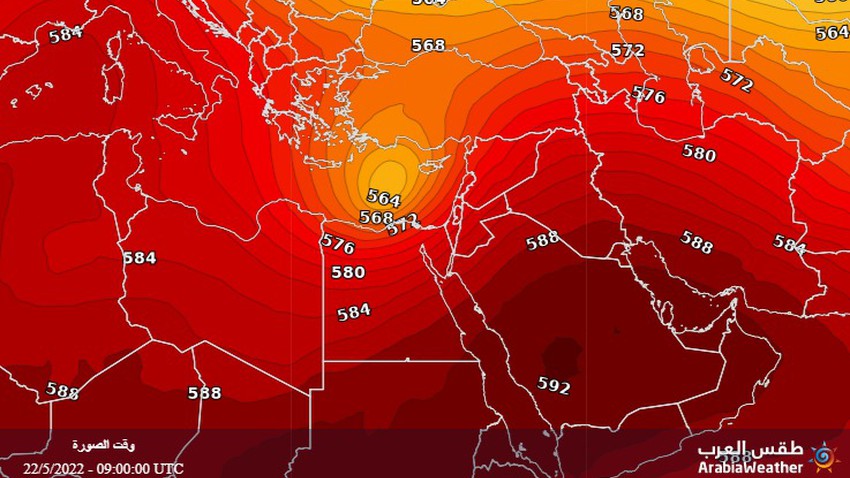 Weather of Arabia - The air systems are represented by the control of an air rise over North Africa, extending to the south of the European continent and reaching its center, which means that the region, including Egypt, is within the path of moderately warm air masses at the beginning of this week. It is expected that the semi-tropical air rise will extend the atmosphere of the Republic again during the second half of the week.

Temperatures rise in the second half of the week

In the details, it is expected that Egypt will continue to have a moderate air mass with values lower than its normal rates during Saturday and Sunday, as a result of which a mild spring atmosphere will prevail in most of the northern regions, while the weather remains hot in the rest of the regions, and the winds will be northwesterly active at speed, It is accompanied by strong flashes sometimes and causes dust and sand to be raised in desert areas. 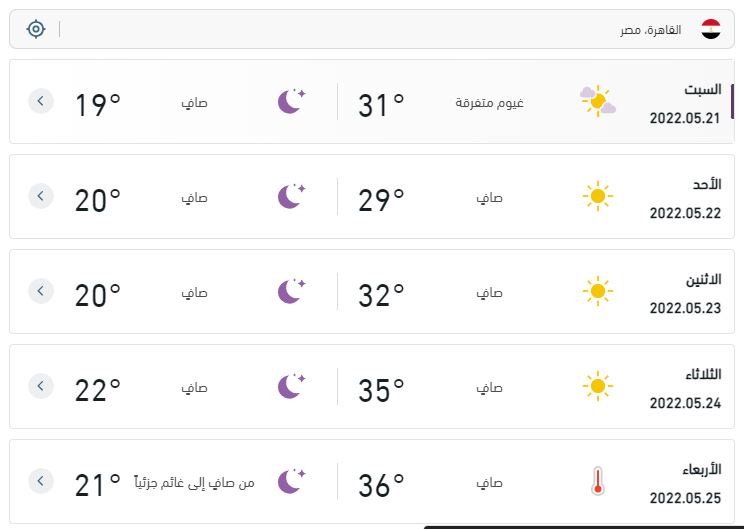 It is expected that temperatures will start to rise on Monday, with a significant increase in the second half of the week, turning the atmosphere into very hot all over. Amidst the blowing of the north wind in some areas, God willing.