Egypt | A normal summer atmosphere, with dusty winds continuing to activity in some areas in the coming days 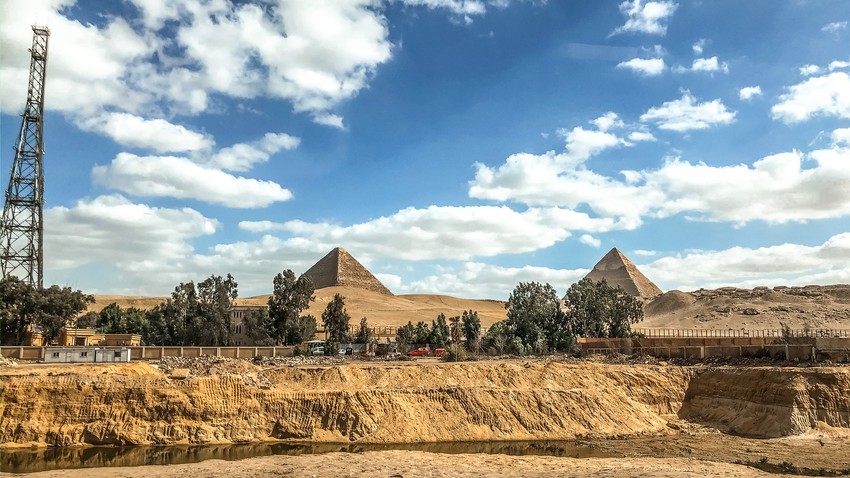 Weather of Arabia - The impact of the pentathlon air depression affecting Egypt is gradually moving towards the Levant, with the country being affected by an upper depression accompanied by a moderate air mass during the coming days, accompanied by a surface high extension on the north and center of the country working on activity with the dust-stirring winds in the southern regions.

The Khamasini depression moves away from the country's airspace, so that the temperatures decrease significantly on Tuesday, to become around their levels relative to this time of the year, while the weather is moderate on the northern coasts and hot on the delta, Cairo, the canal cities, central and southern Sinai, the coasts of the Red Sea, northern Upper Egypt, and severe Heat in the rest of the regions, especially the southern parts of Egypt, and scattered clouds of medium and high altitude appear on parts of the northern coasts and the far south of the country.

The northwest winds are active in large parts of Egypt, accompanied by an increase in dust levels in the air, especially in Upper Egypt, and the waves are moderate to turbulent in the Mediterranean and the Red Sea, which causes partial disruption of some maritime activities. 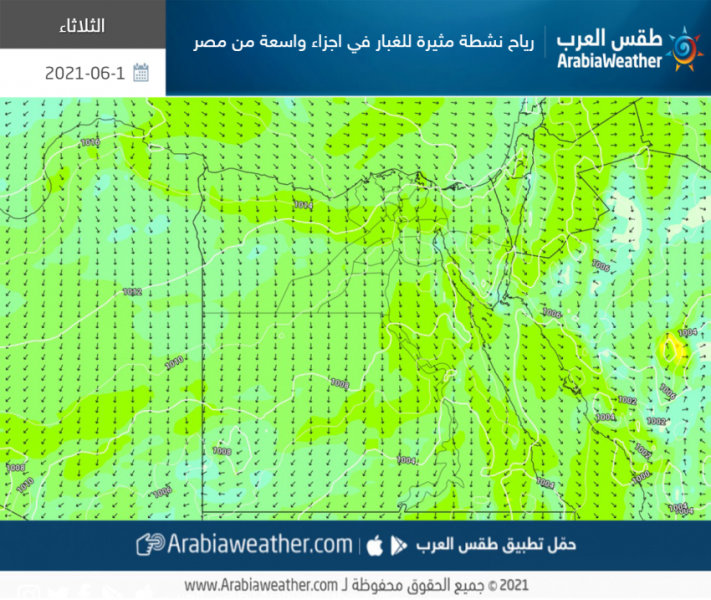 During the night hours, the weather is pleasant in the northern regions and warm in the rest of the regions, and the humidity is high and water fog is formed in North Sinai, the canal cities and parts of the Lower Egypt regions.

Below average temperatures from Wednesday

Egypt is affected by an extension of an upper air height associated with an air mass below its normal levels, so that the temperatures will drop to be less than their rates during this period of the year in most regions, so that the weather will be moderate on the northern coasts and relatively hot on the delta, Cairo, the canal cities, central and southern Sinai and the coasts of the Red Sea. And northern Upper Egypt and hot in the rest of the regions, and the winds are moderate in speed. They are active in the afternoon over large parts of the Republic and cause dust in many areas, while the weather is moderate to gentle at night in most regions.

Find out the weather and temperatures in your area here.

According to current estimates, it is not expected that the Republic of Egypt will be exposed to any hot air mass during the current week at least, as a result of the continued effect of the moderate air mass throughout the days of the week and the next period, so that normal summer weather prevails during the day that turns into pleasant during the night and early morning hours in most cities Main.