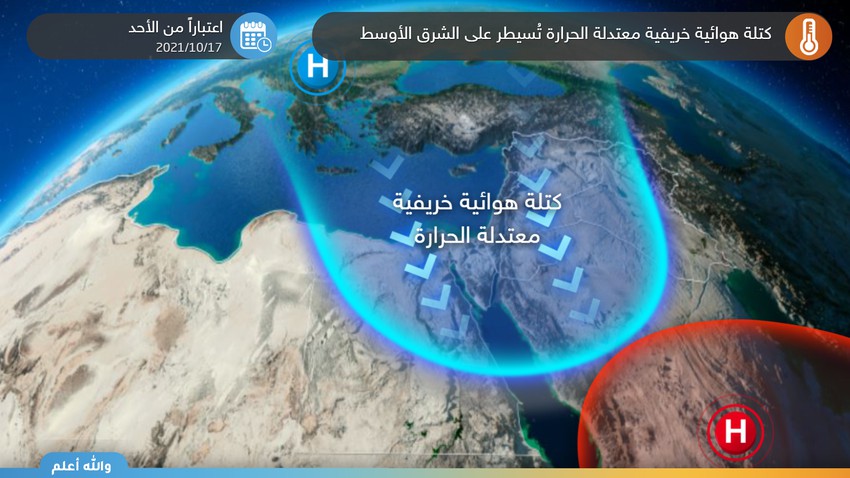 Arab weather - all regions of Egypt live under the influence of hot air currents and temperatures much higher than their normal rates, while the Department of Operations and Weather Forecasts in Arab Weather closely monitors the output of weather maps, which now indicate that there is an expected radical change in the weather as of Sunday. Represented by a significant decrease in temperatures in all regions.

A radical change is expected in the atmosphere this week

In the details, for several days, the country has been under the influence of an atmospheric high in the upper layers of the atmosphere, and hot southwestern currents in the middle and high layers of the atmosphere, so that hot weather prevails throughout the northern regions and very hot in the south due to the extension of the seasonal Sudan depression, with temperatures approaching forty levels in those areas. 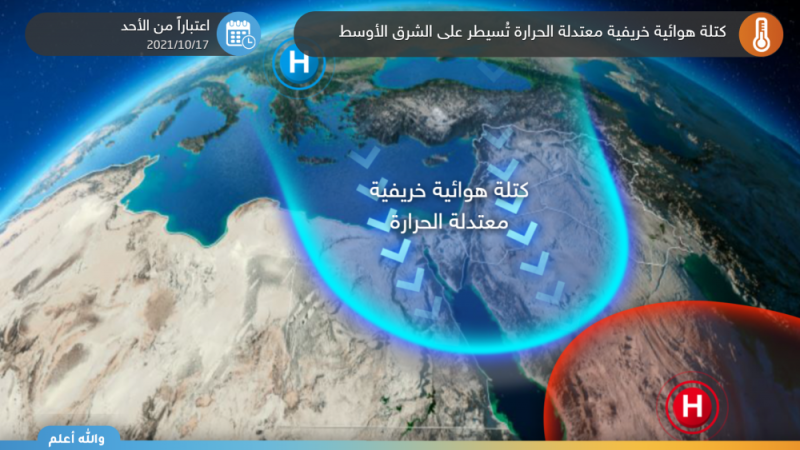 It is expected that, as of Sunday, a moderate-temperature air mass will rush to bring a tangible decrease in all regions, so that temperatures return to their normal rates in the northern regions, while the southern regions remain under the influence of hot currents, but less hot than the past days, and temperatures continue to drop throughout. This week it is below its average for this time of year.

As a result of this expected drop in temperatures, mild autumn weather prevails in all northern regions, all the way to northern Upper Egypt. 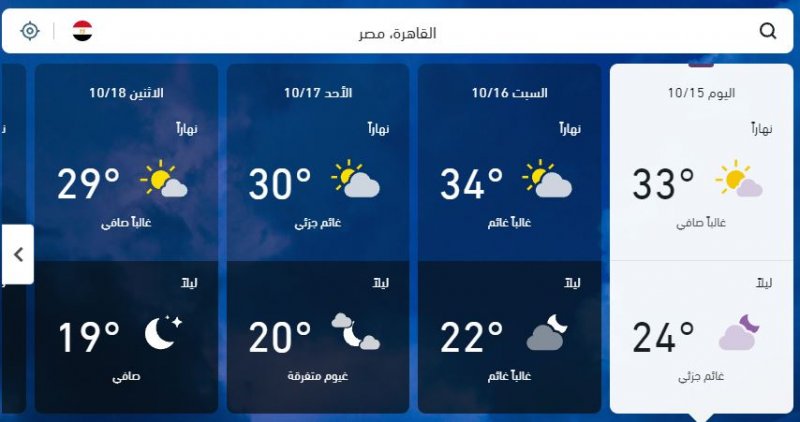 With the rush of moist air currents on the northern regions, the opportunity is gradually created for sporadic showers of rain to fall on the coastal areas of the northern coast on a daily basis, especially in the morning hours, and it may extend to some internal areas to a limited extent.

The Arab Weather Center warns, in light of this atmosphere, of thermal differences and cold weather at night, which contributes to an increase in the chances of infection with colds and seasonal diseases, especially for children.