Egypt | A rainy night awaits parts of the northern coast..Details 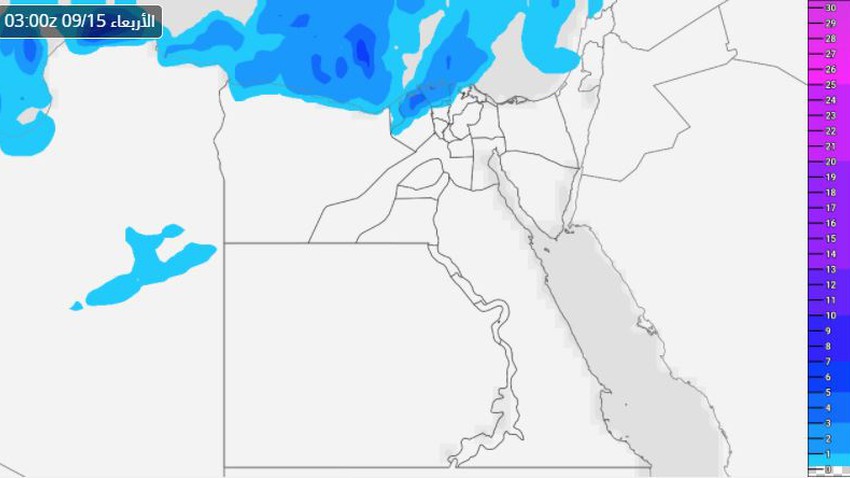 Arab weather - a rainy night awaits large parts of the northern coast, this is indicated by the latest outputs of the computer simulation systems in the Arab weather, which indicates an increase in the crossing of moist air currents towards the northern coasts, working to create rain clouds and precipitation in various regions, God willing.

The areas covered by the rain forecast tonight

In the details, northerly winds pass over the Mediterranean Sea, and carry amounts of moisture, especially in the layers of the atmosphere near the surface, causing sporadic showers of rain as of Tuesday evening hours in some areas, intensifying during the late night hours. To include parts of Alexandria, Beheira, Kafr El-Sheikh, Damietta, and Port Said. The rains are mostly light, and they are moderate in intensity sometimes, which may raise the water level on the roads. 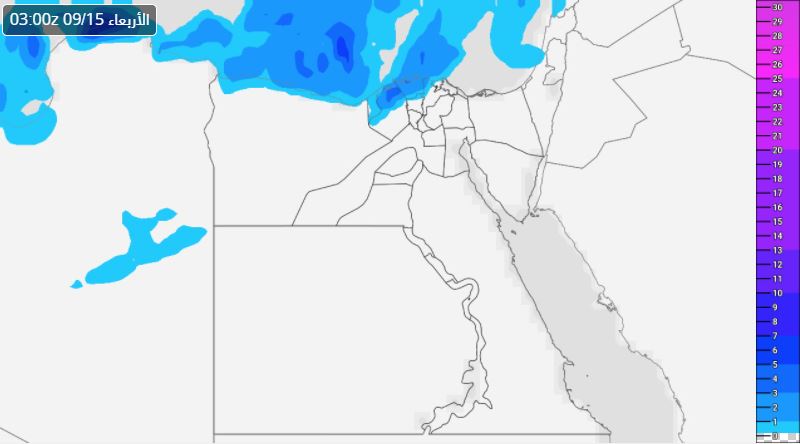 It is expected that most of the precipitation will be in the form of scattered showers, as a result of the rush of wet currents coming from the Mediterranean Sea, which condense into low clouds, while it may be in the form of spray in parts of Greater Cairo.

Egypt | A state of atmospheric instability affecting the country from Thursday..a warning of torrential rains forming in some areas