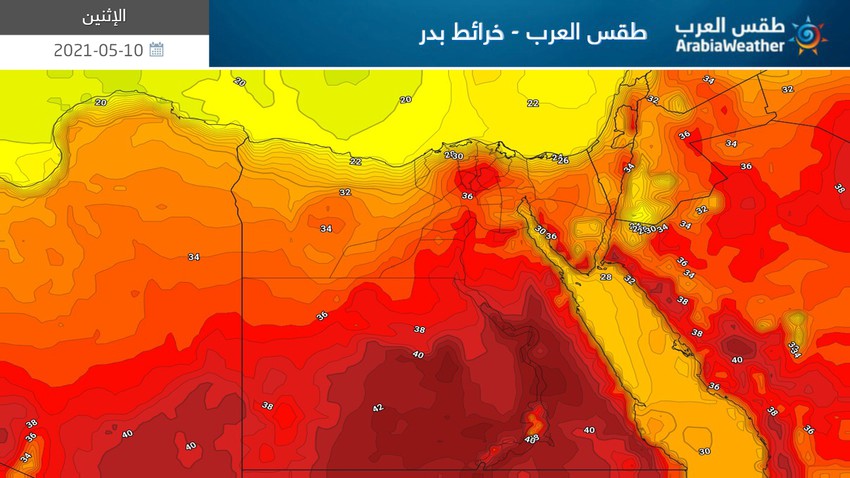 Arab Weather - There is a significant drop in temperatures on Monday, with temperatures remaining higher than their average for this time of year by 6-8 degrees Celsius.

Temperatures decrease as of Monday throughout the country, so moderate to relatively hot weather prevails on the northern coasts and extremely hot in the rest of the regions during the noon and afternoon hours, and the weather is moderate at night in most regions, and the winds are north to northwesterly moderate in speed, sometimes active in parts Northern, Upper and Assiut, and they are very dusty in some areas. 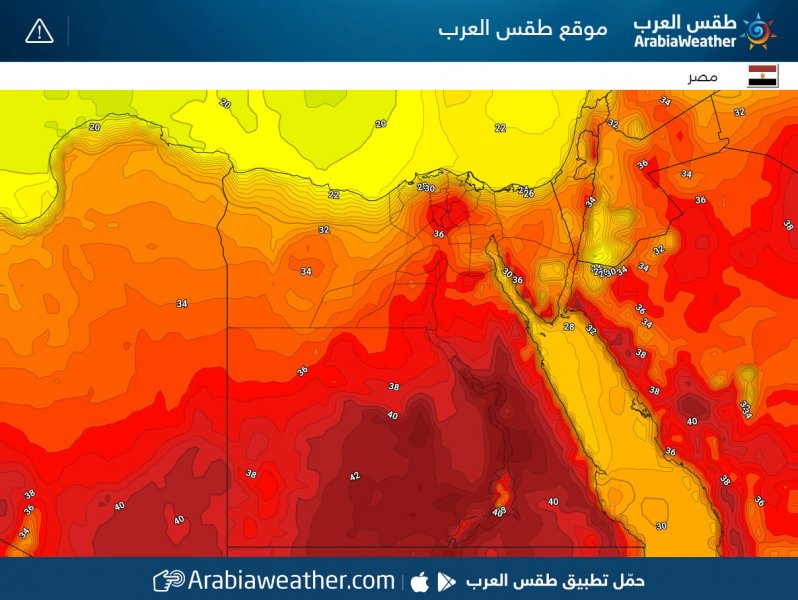 Moist air currents flow in the upper air layers towards Egypt, which may lead to the emergence of unstable weather conditions, and gradually appear quantities of medium and high clouds, with the possibility of local showers of rain in narrow geographical ranges with afternoon hours that may be accompanied by thunder sometimes on parts of The Red Sea Mountain Range, Sinai and North Upper Egypt.

Renewed opportunities for fog to form

The formation of fog is renewed in the northern parts of the republic on Monday / Tuesday night and Tuesday morning, as surface moisture levels rise and fog is forming in parts of the northern region extending towards some coastal areas. 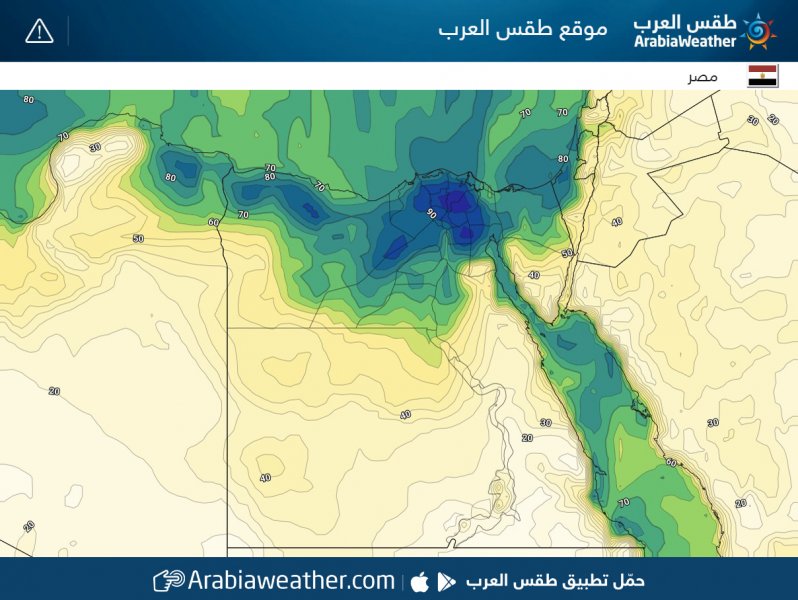