Egypt: A significant rise in temperatures and very hot weather throughout the weekend 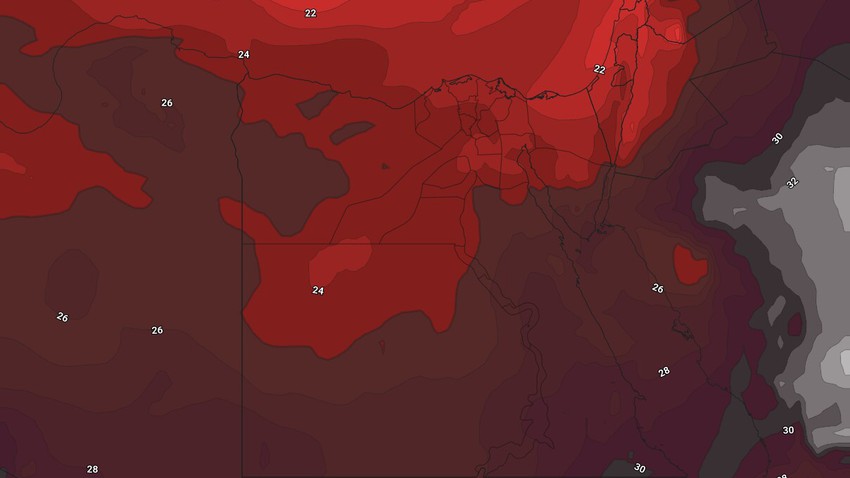 Weather of Arabia - Weather maps indicate that the rush and control of a very hot air mass coming from the desert of the Arabian Peninsula over the atmosphere of Egypt is expected to renew during the end of this week, to raise temperatures throughout the Republic.

Approach 40 degrees in the main areas and greater Cairo

In the details, temperatures are expected to rise during the end of this week throughout the Republic of Egypt due to the rush of very hot air currents from the desert of the Arabian Peninsula, to become higher than their usual rates in most parts and very hot weather prevails in the afternoon and afternoon hours in most areas.

According to weather maps, the temperature is expected to approach 40 degrees Celsius in major cities and regions, including Greater Cairo, amid an additional rise in nighttime temperatures, with remarkably warm weather prevailing in most parts at night, as moisture levels decline in the atmosphere and the possibility of water mist forming.