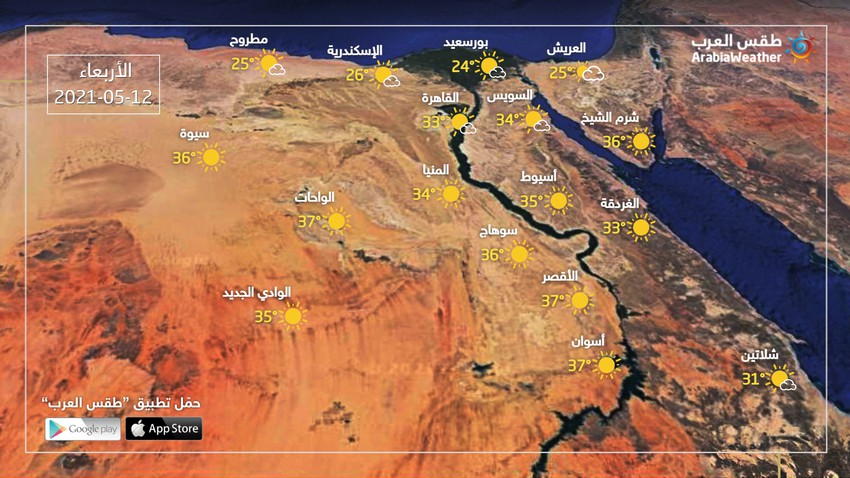 Arab Weather - Weather maps indicate through the Badr system developed by Arab Weather that it is expected that there will be a slight decrease in temperatures, to become around slightly below their rates for such time of year in all regions of the Egyptian Republic.

Hot and unstable weather in some areas

Wednesday temperatures drop slightly, especially in the southern parts of the Egyptian Republic, and the weather is generally moderate in the coastal areas, while it is very hot in southern Upper Egypt, and hot in the rest of the regions, including the capital Cairo, and scattered clouds appear at high altitudes in parts of the north Egypt, with a generally weak chance of local showers of rain in limited parts of the Red Sea mountain range, and parts of southern Upper Egypt and Sinai , and the winds will be northwesterly to northeasterly, light to moderate in speed, and may occasionally activate in the capital Cairo and Sinai, and they cause dust Especially in the southern regions. 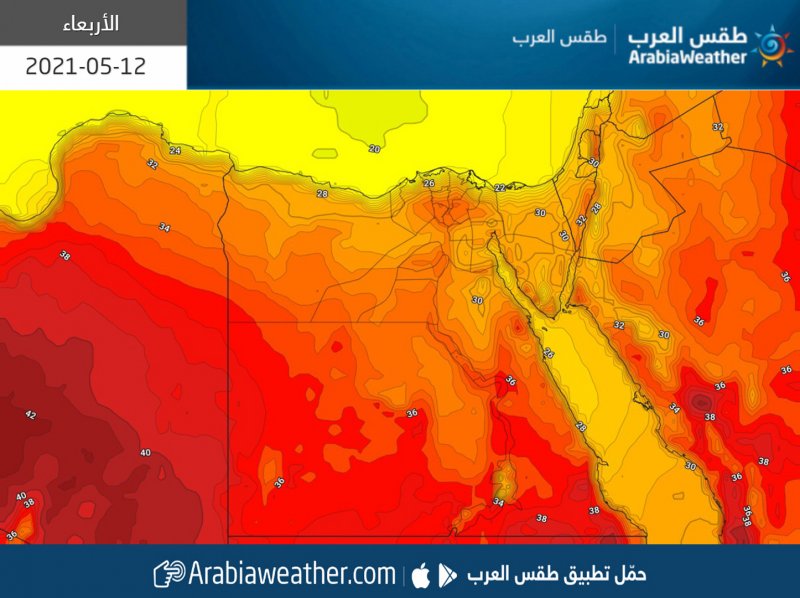 The chances of fog forming on the night of Wednesday / Thursday and Thursday dawn increase in some areas of the northern coasts, Sinai, Suez, Lake and Matrouh, extending to parts of Greater Cairo with the late night hours and early morning of Thursday. 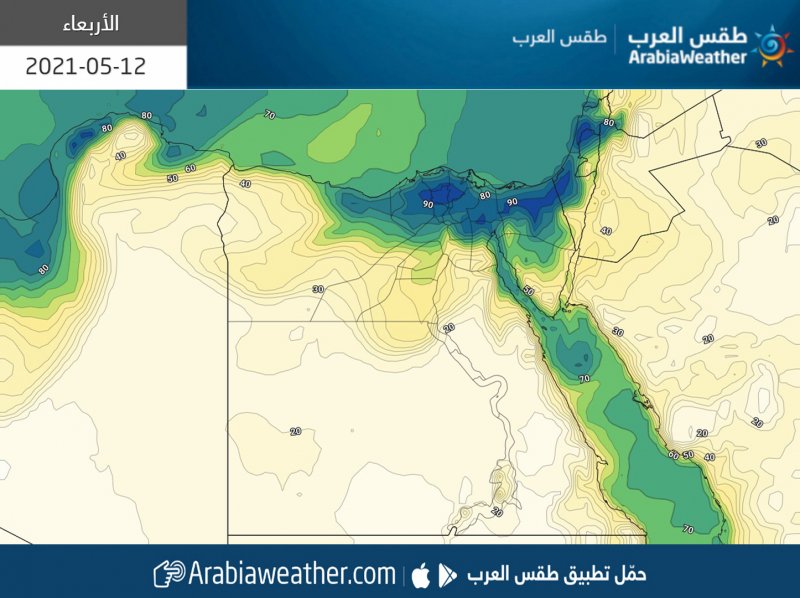 Suitable for traffic and marine activities

The waves are light to medium in the Red Sea and the Mediterranean Sea, suitable for navigation and most marine activities, and reach a maximum height of one and a half meters.