Arab Weather - It is expected that there will be an increase in temperatures on Sunday, to become around slightly higher than their rates for such time of the year in all regions of the Egyptian Republic.

Generally hot and dusty weather in these areas

The temperatures rise on Sunday in all governorates and cities of Egypt, where a moderate to relatively hot weather prevails on the northern coasts and very hot in the southern regions, while it is hot in the rest of the regions during the noon and afternoon hours, including the capital Cairo, and the winds will be north to northwest with moderate speed, They are sometimes active in parts of Greater Cairo, the Delta and northern Upper Egypt, and they cause dust and dust, especially in the western regions, Greater Cairo and northern Upper Egypt, and appear scattered clouds at medium and high altitudes, while the weather is generally moderate to gentle in most regions of the republic at night. 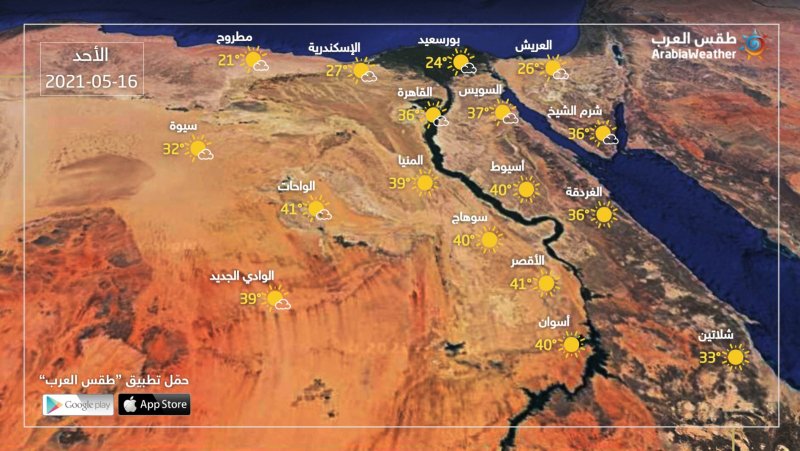 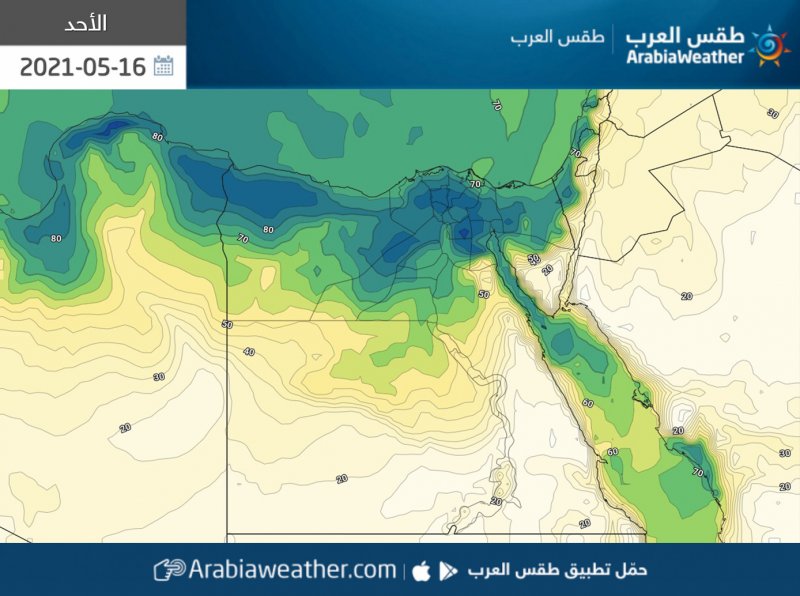 Waves are medium to high in the Mediterranean and Red Seas, and reach a maximum height of two meters, which may cause partial disruption of navigation and some marine activities.