Egypt | A week of unprecedented swelling and intensity of the heat wave, with temperatures exceeding 40 degrees in Cairo 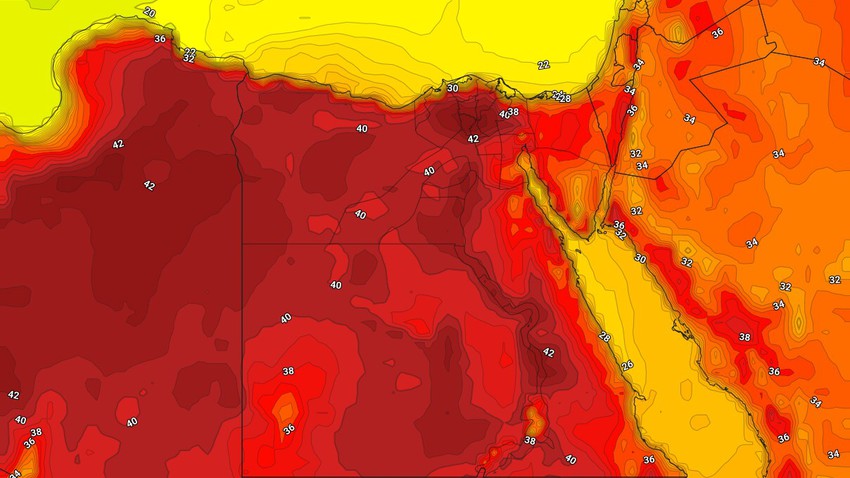 Arab Weather - Starting from the beginning of the week, temperatures will rise significantly across all Egyptian regions, so that very hot weather will prevail in all regions, amid indications of the continued impact of this heat wave throughout the days of the week.

Temperatures forty in most cities, including Cairo

More hot air currents flow in the atmosphere near the surface of the earth and coming from both the Arabian Peninsula and the African Sahara gradually towards the eastern Mediterranean, including the republic, which will lead to a rise in temperatures that gradually intensify over the coming days to become very hot during the middle of the week, to rise Its temperatures are more than 12 degrees Celsius than usual for this time of year.

The capital, Cairo, as of Monday, is expected to record temperatures exceeding 40 degrees Celsius for several consecutive days, while it will be in the mid-forties in the south of the republic, and coastal areas will not be immune to these extremely hot weather, as many coastal regions, including Alexandria, will record thirty degrees. . 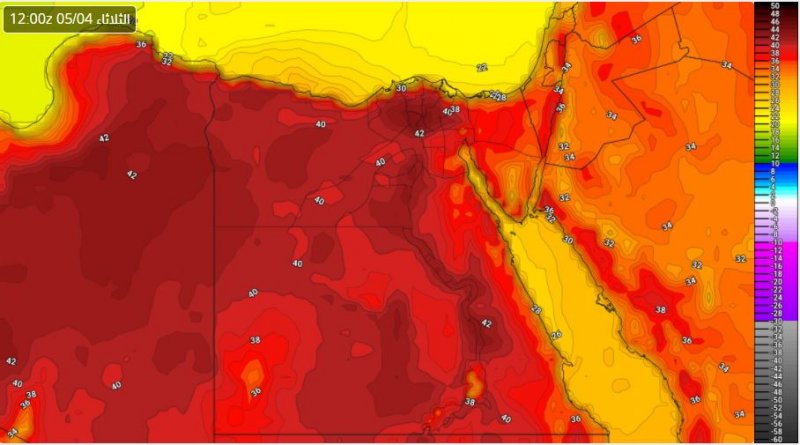 It is expected that the northern winds will prevail at noon and afternoon hours, accompanied by strong gusts. It stirs up dust and dirt in some areas, and during the night hours the weather continues to be hotter and drier than usual, and medium and high clouds appear in different parts of the republic.

Important recommendations regarding the peak of the heat wave, which are recommended to be taken seriously:

In view of the unprecedented increase in the expected heat wave during the middle of the week, there are a set of important recommendations that must be taken seriously in dealing with such an atmosphere that can be summarized in the following points: