Egypt | Although we are entering the fall season, the weather is closer to summer in the coming days 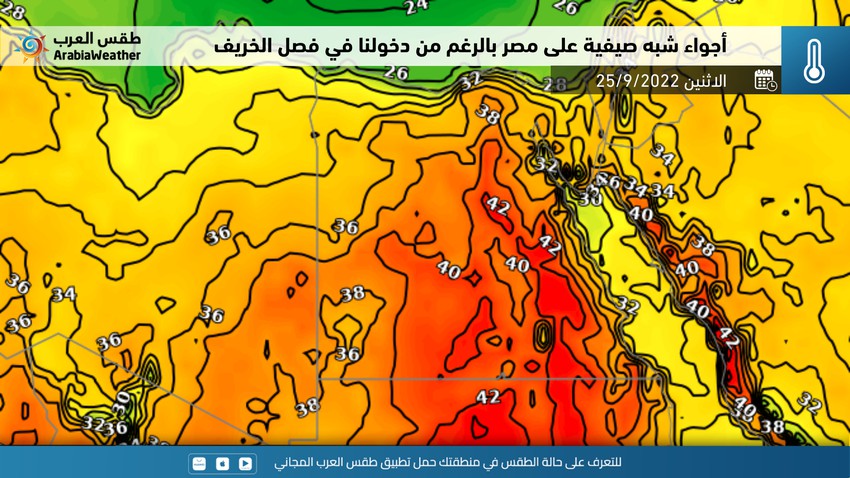 Arab Weather - Weather maps in the Arab Regional Weather Center indicate that Egypt continues to be affected by an extension of the seasonal Sudan depression from the south, accompanied by a hotter air mass. The temperatures in the coming days are higher than their rates for this time of the year, when the weather is hot in the northern regions, but severe Temperature in the rest of the interior and desert regions, coinciding with the appearance of medium clouds in the southern and eastern regions.

Maximum temperatures are in the mid-30s Celsius to a little higher in the northern regions, including Cairo, while they are within the forty levels in the rest of the southern regions. 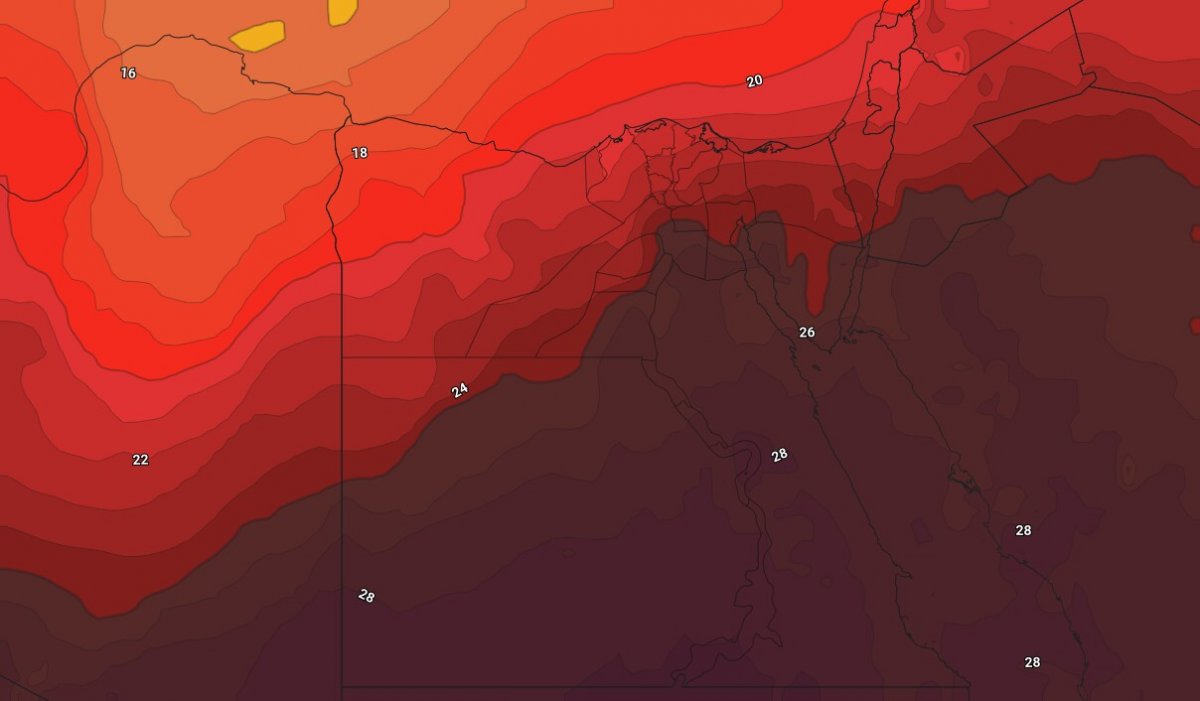 The coming nights dominate an atmosphere that can be described as warm, but tends to be moderate in the far northern regions during the late night hours and dawn, coinciding with high surface humidity levels in those areas and the opportunity sometimes for fog to form in limited parts of the northern coast.

Although we entered the fall season, it must be noted that Egypt’s entry into the fall does not mean that the weather will be mild, as the change in temperature begins slowly and temperature fluctuations increase between hot days and days that tend to moderate, especially in the first period of the autumn season, and fluctuations abound during this season. As a result of the increase in the speed of movement of air masses in the atmosphere.