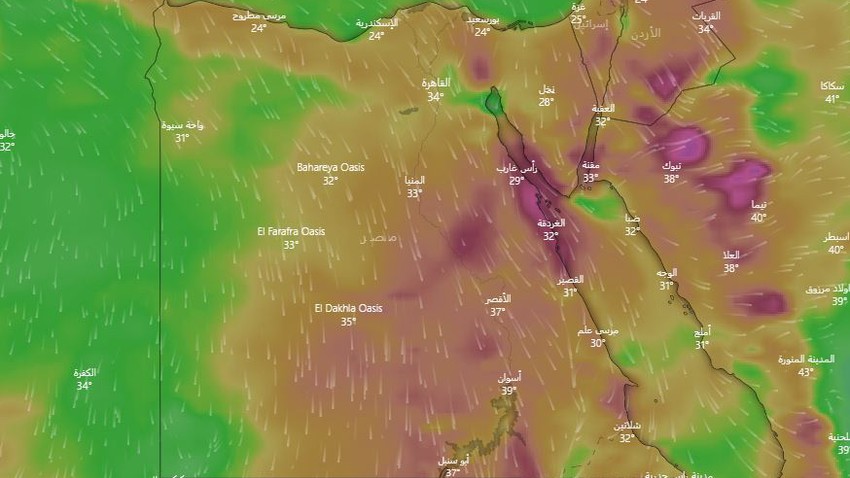 Arab weather - It is expected that Egypt will be affected by an upper low extension accompanied by a moderately hot air mass during the coming days, working to rush gentle currents coming from the European continent towards the region.

On Monday, temperatures drop significantly in all regions and cities of the Egyptian Republic compared to the past days, so that the weather is generally moderate in the coastal areas and hot on the Delta, Greater Cairo, central Sinai and northern Upper Egypt, while the seasonal Sudan depression continues to be affected in the southern and western parts, which means that The temperature will remain high in these areas, exceeding 40 degrees Celsius, and hot to very hot weather will prevail.

Northwest winds blow with gusts exceeding the 70 km/h barrier in parts of Upper Egypt and the coasts of the Red Sea, stirring dust and dust in many areas, especially the southern ones. The waves are moderate in the Mediterranean, while they are remarkably high in the Red Sea, especially the Gulf of Suez. Which disturbs the movement of navigation and some marine activities. 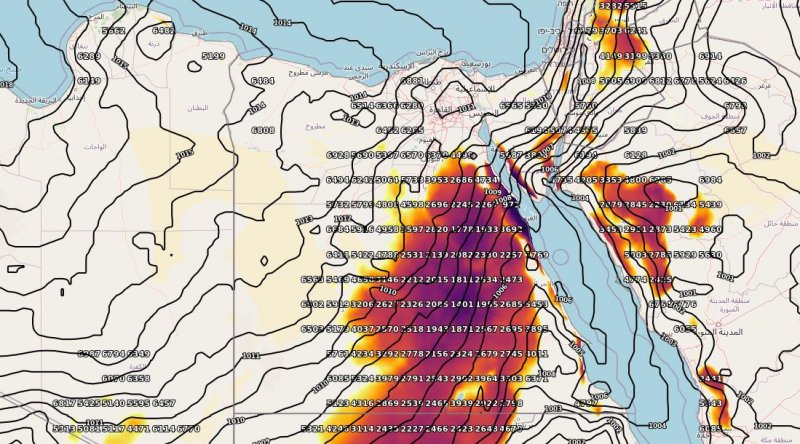 During the night hours, the weather is pleasant in the northern regions and warm in the rest of the regions. Humidity levels rise and water mist is formed in North and Central Sinai, the Canal cities and parts of Lower Egypt.

There will be no significant change in temperatures during the coming days, as Egypt continues to be affected by an air mass that has turned below its normal rates, and not only that, and the prevailing of a moderate to normal summer atmosphere, but the northeastern winds are active with the noon and afternoon hours to increase the sense of comfort, as they are considered This atmosphere is very suitable for outdoor sessions and trips with family and friends, with attention to wearing hats and sunglasses, especially when staying in direct sunlight for long periods.

The reason for the mild weather is the result of a shallow air high extension in the south of the European continent, coinciding with the concentration of the Sudan seasonal depression in the south of the country. The distribution of weather systems in this way contributes to the blowing of humid marine winds with temperatures below normal rates.

Egypt | The temperature is approaching 40 on Tuesday, and serious warnings of heat stress and sunstroke