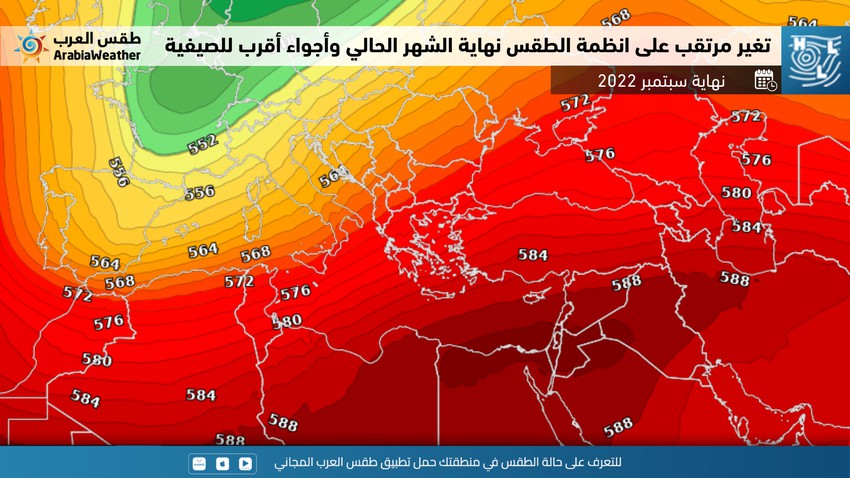 Arab Weather - The weather maps in the Arab Regional Weather Center indicate that the Republic was affected by the last days of the current month and the beginning of October (the end of the current week) with an air rise in all layers of the atmosphere accompanied by the rush of an air mass hotter than the African desert, where there is more rise in temperatures The temperature is to be several degrees higher than its average for this time of the year, and the weather becomes hot to very hot during daylight hours

Night temperatures also rise so that the weather is warmer than previous nights, especially in the interior regions and cities of the Republic, while it tends to moderate in late times of the night in the northern regions of the country.

An air rise centered over the Mediterranean waters causes moderate to active northeast winds to blow over Egypt, accompanied by strong gusts that touch the 60 km/h barrier, causing dust and dust, especially in northern Upper Egypt and southern Cairo, causing a decrease in the horizontal visibility. 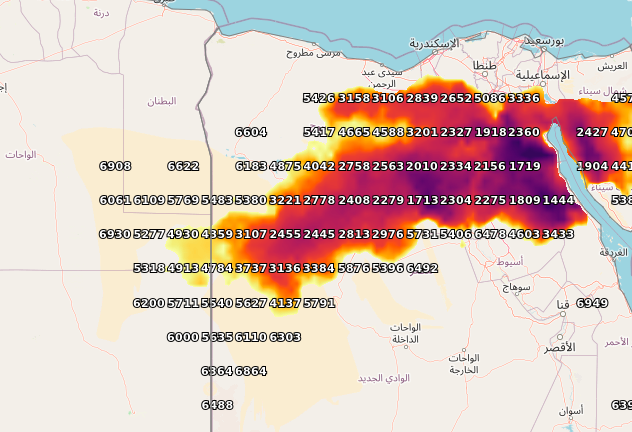 As part of the efforts of Arab Weather to confront climate changes, launching a regional platform for early warning of sandstorms, we invite those wishing to benefit from the service to follow the platform, by clicking here.

A cold air mass rushes towards the western European continent, causing the upper air mass to expand towards the Republic, which is accompanied by an air mass hotter than the desert, where the atmosphere becomes closer to summer at the end of the week, amid expectations that temperatures will touch the end of the thirties degrees Celsius in the capital, Cairo.