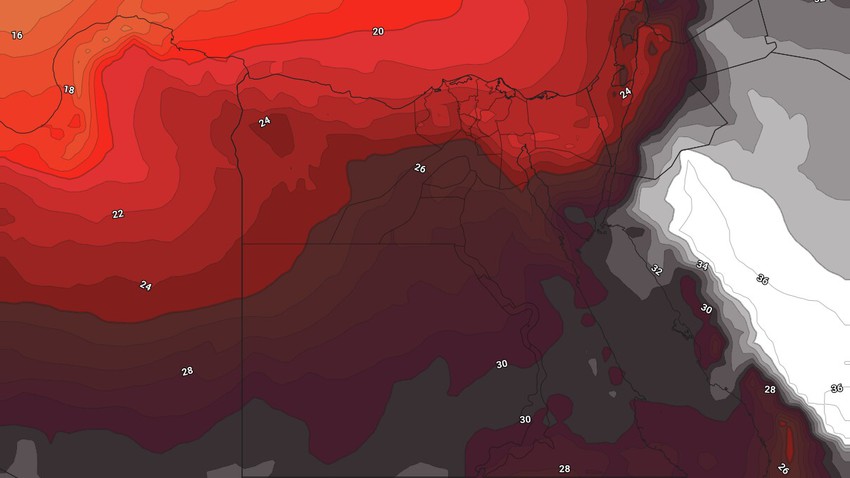 Arab weather - It is expected that hot air currents with higher temperatures than normal, coming from the desert of the Arabian Peninsula, are expected to increase and work at an additional and successive rise in temperature throughout the cities and governorates of Egypt, while the northern winds are active and are dusty and dusty in many areas. Especially during the evening and night hours, God willing.

An additional rise in temperature in the coming days

In the details, it is expected that there will be an additional rise in temperatures during the coming days, to be higher than their normal rates for this time of the year by 4-5 degrees Celsius, so that relatively hot weather will prevail on the northern coasts and hot to very hot in Cairo and the entire Lower Egypt regions. And northern Upper Egypt and South Sinai, while it is very hot in the rest of the regions, exceeding the forties of degrees Celsius in the southern parts.

It is expected that the maximum temperatures will approach the barrier of 40 degrees Celsius in many Egyptian cities and governorates, including the capital, Cairo, during the days of the blessed Eid Al-Adha, while exceeding that in the southern parts of the republic due to the expansion of the low temperature towards those areas. 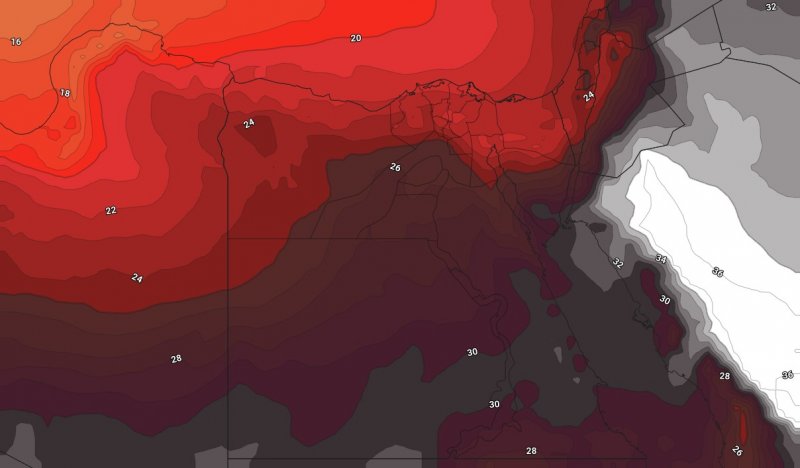 During the night hours, the weather is warm in the northern regions and relatively hot in the rest of the regions, and the relative humidity increases in the night and early morning hours on some coastal and inland regions, and the formation of daily mist is possible on a daily basis in different regions of the north of the Republic.

In conjunction with the incendiary weather prevailing in the region, the northern winds are active, accompanied by strong gusts sometimes that stir dust and dust, especially in the evening hours. Lower Egypt, Greater Cairo and all western regions. The waves are moderate in the Mediterranean Sea, while they are moderate to turbulent in the Red Sea.