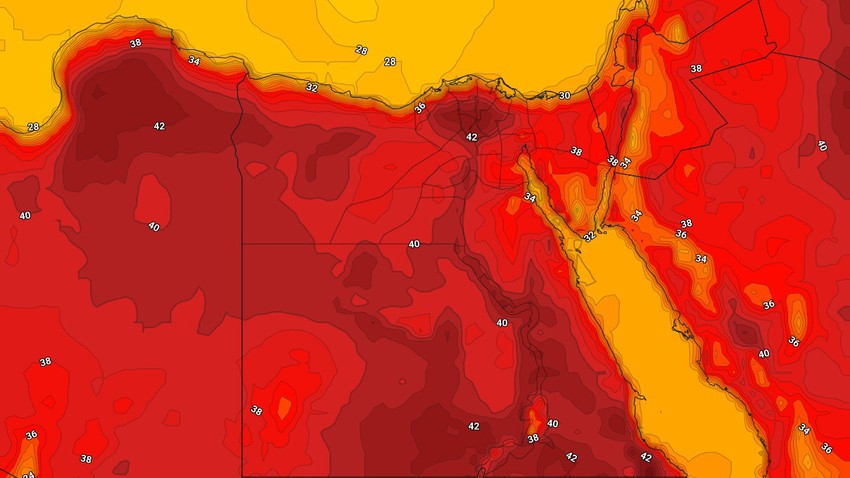 In the details, it is expected that temperatures will tend to rise in the coming days, to be much higher than their normal rates, to exceed the temperatures in the capital, Cairo, from the barrier of 40 degrees Celsius , so that relatively hot weather will prevail on the northern coasts, and very hot throughout the interior .

This expected hot weather comes as a result of the control of the upper air altitude towards the region in conjunction with the extension of the Red Sea seasonal thermal depression to center in southern Egypt, which leads to an increase in temperatures in most areas. 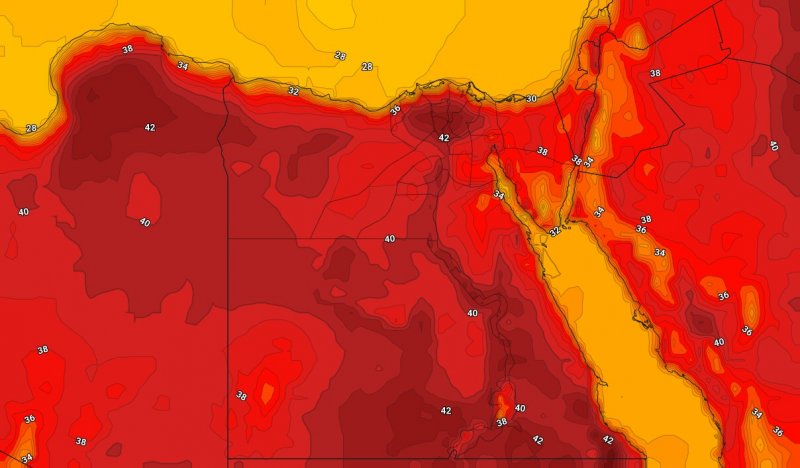 During the night hours, the weather is moderate in the northern regions and warm in the rest of the regions, and humidity levels rise to increase the feeling of heat exhaustion, and water mist forms on a daily basis in parts of the interior, which may extend to some northern coastal regions.

In light of this atmosphere, Arabia Weather alerts the need to follow the following guidelines:

Follow the detailed bulletin for the next five days from here.