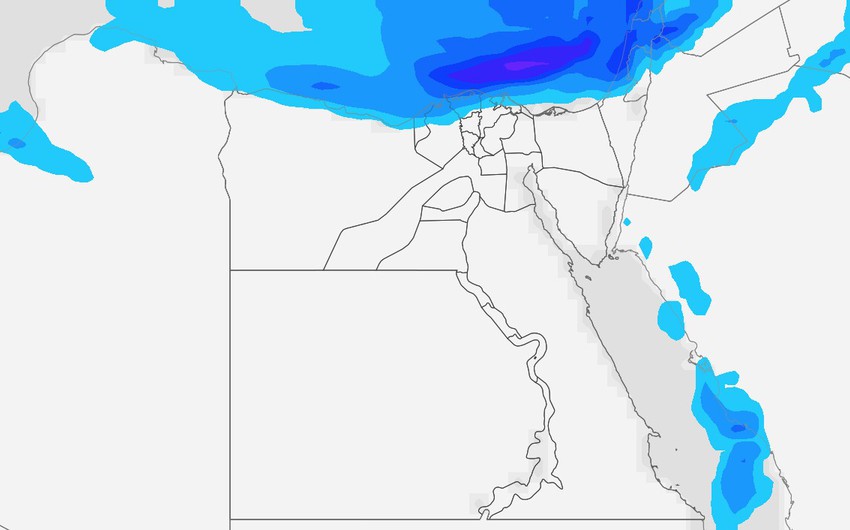 Weather of Arabia - A significant decrease in temperature is occurring throughout the country on Thursday as a result of the crossing of a cold air mass accompanying an air depression centered to the west of the island of Cyprus, where temperatures are lower than their average for this time of year.

The northern regions of Egypt will be affected by an air depression on Thursday, as the opportunity is ripe for sporadic showers of rain on the northern coast, including the city of Alexandria.

The northwest winds are active in all regions on Thursday, causing dust and dust in the desert areas, and sea turbulence and high waves on the northern coast.