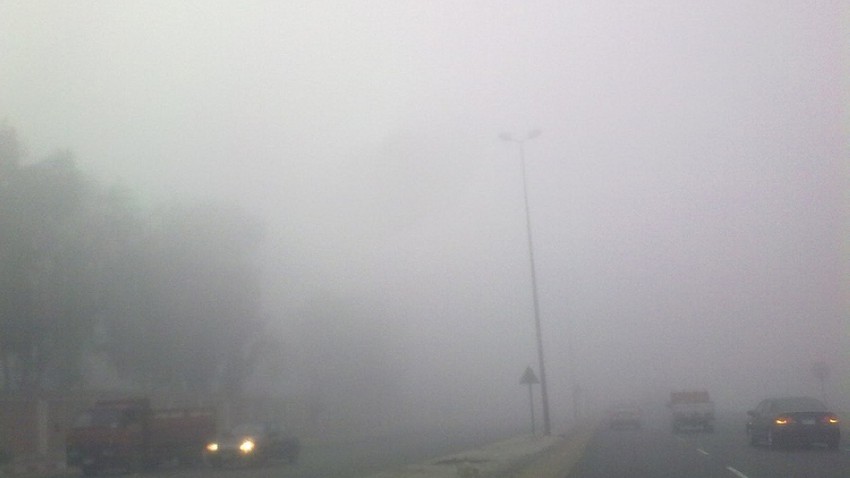 The capital, Cairo, will be within the areas covered by the opportunities for dense fog to form on Wednesday morning and during the coming days, and the opportunities for its formation begin with the hours of midnight and gradually increase in intensity with the late night hours, as the horizontal visibility is absent at dawn and in the morning before it fades with the late morning hours.

Other areas within the fog impact areas

The governorates of Cairo, the East Delta, the Canal, and parts of the central delta, Alexandria and Fayoum, and up to Marsa Matrouh, will be covered with fog on Wednesday morning, and the horizontal visibility will be zero or almost non-existent in the main roads connecting the governorates.

Chances of fog will continue to form frequently during the coming days, late at night and early in the morning.

Arab weather warns during the expected weather of:

Low horizontal visibility and possibly lack of it in large areas, including the capital, on Wednesday morning and in the coming days

Low visibility, and possibly lack thereof, on the main roads connecting the governorates on Wednesday morning and in the coming days