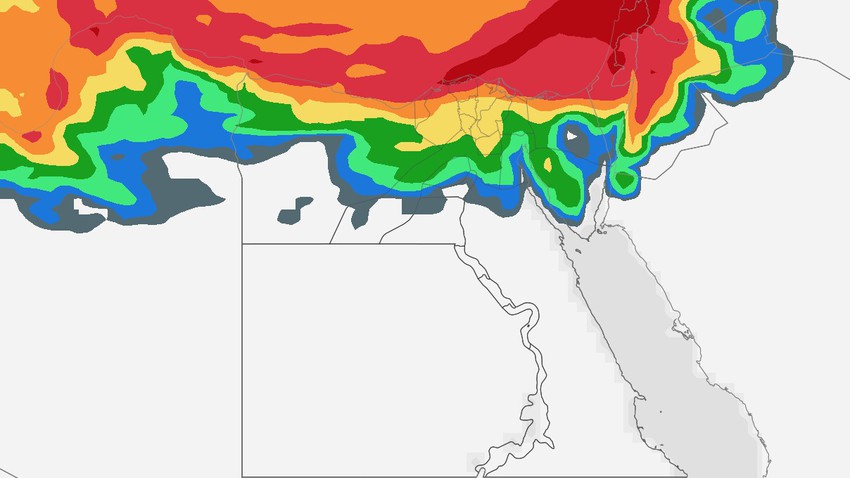 Weather of Arabia - The latest updates indicate that the region, including Egypt, is affected by a normal winter air depression, accompanied by a cold air front, which is expected to cross the country with the morning hours of Wednesday 01/26-2022, and bring good amounts of rain, God willing, towards the northern regions.

A cold front gradually crosses the early hours of Wednesday

Precipitation includes most of the northern regions

In the details, it is expected that Egypt will cross between dawn and Wednesday morning a cold air front accompanying the depression that is concentrated off the coast of Syria, so that there is another significant drop in temperatures, and rain gradually begins to fall on several parts of the northern coast and Matrouh, and the rains extend with Wednesday morning hours for most of the northern coastal regions, the Delta and Lower Egypt, all the way to Cairo and parts of northern Upper Egypt. 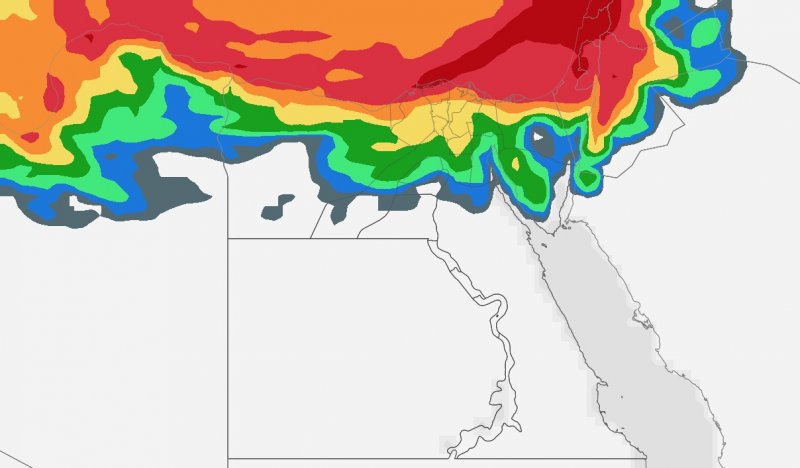 With the daytime hours on Wednesday January 26-2022, the northern parts of Egypt are increasingly affected by the air depression, to extend and include rain in most of the northern regions, and it is expected that the rains will be of varying intensity and heavy in some geographical areas, which works to raise the water level in the roads. in some areas.

And with the afternoon and evening hours of Wednesday, it is expected that a polar air mass of origin will deepen in the atmosphere of Egypt, with a sharp drop in temperatures in all regions of Egypt, and precipitation will turn to snow at heights that exceed 900 meters from the heights of South Sinai, with continued chances of rain in several parts And random from northern Egypt, and it is expected that the upcoming depression will bring good amounts of rain, to additionally support the current distinguished rainy season.