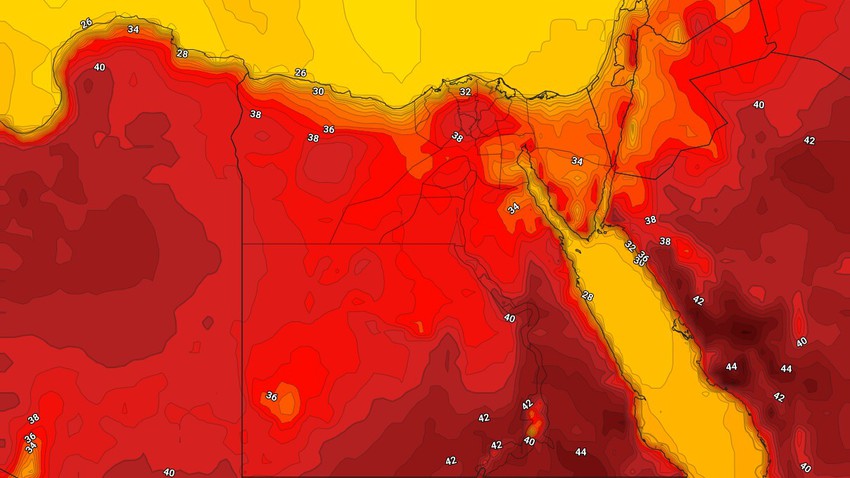 Arab Weather - The latest weather forecasts received by the Arab Weather Center indicate that Egypt is affected by hot air currents with higher temperatures than usual coming from the desert of the Arabian Peninsula, working on a gradual and escalating rise in temperature in all cities and governorates of Egypt during the coming days.

The temperatures rise slightly on Tuesday, so that the temperatures return to around their normal rates, so that relatively hot weather prevails on the northern coasts, and hot on the Delta, Greater Cairo, the Canal cities, central and northern Sinai, and northern Upper Egypt, and very hot over the rest of the regions, and the winds are northerly moderate speed, active in parts of the face. The sea, northern Upper Egypt, and the cities of the Gulf of Suez, and be dusty and dusty. 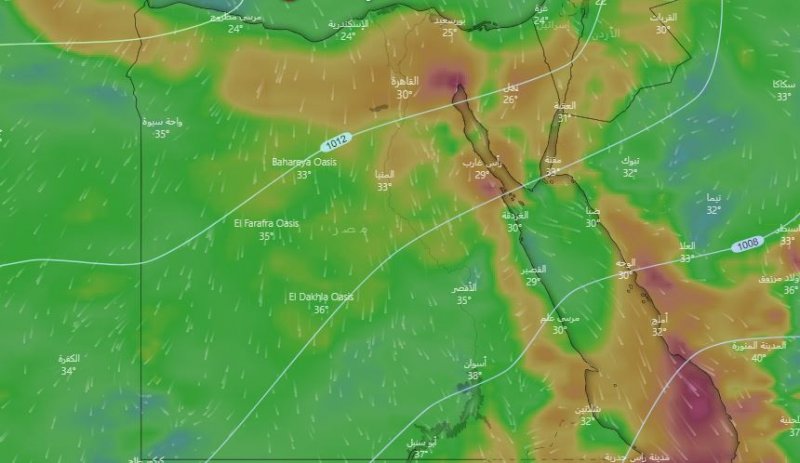 During the night hours, the weather is pleasant in the northern regions and mild in the rest of the regions. Humidity levels rise and water mist forms in parts of Lower Egypt and Matrouh.

Egypt is increasingly affected by the upper air altitude on Thursday and during the weekend, so that there is a further rise in temperature, to become higher than its rates for this time, and the weather will be relatively hot in the coastal areas and very hot in the rest of the regions, and the activity of the northern winds that work on the Stirring dust and dust in parts of Lower Egypt.

The expected rise in temperature comes as a result of the control of an upper air rise, accompanied by the rush of a hot air mass from the desert of the Arabian Peninsula towards the Egyptian Republic.