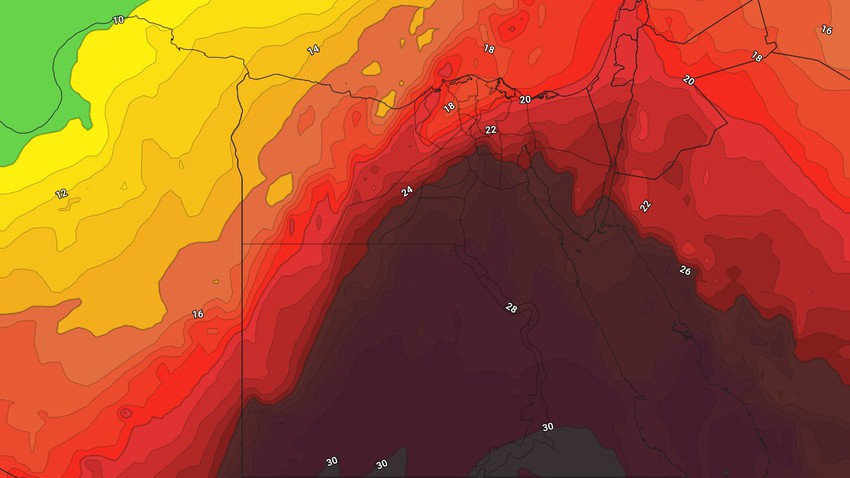 Arab Weather - The results of the analysis of the latest weather maps through the Badr system developed by Arab Weather showed that hot air currents will rush over Egypt’s airspace, starting from Friday 13-5-2022, as a result of which temperatures will rise in all parts, amid the rule of hot weather in most areas by will. God.

Hot weather all around

An expected rise in temperatures on Friday

In the details, the computer modeling outputs to simulate the air mass indicate that there is a depth of cold air from the European continent to the central Mediterranean regions, and in contrast, in such weather patterns, a reverse state of air flow occurs, so that this flow of cold air is accompanied by another flow of hot air in the form of Hotter air currents rushing into the atmosphere of Egypt and accompanying the effect of an atmospheric high in the higher layers of the atmosphere. 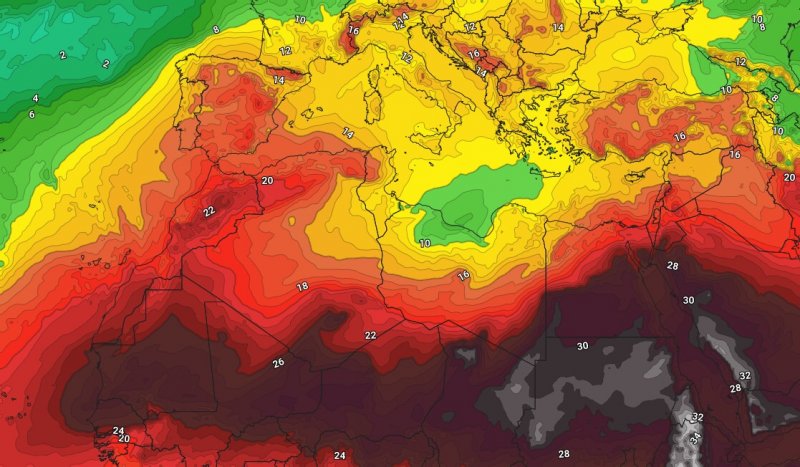 It is expected that at that time, temperatures will be several degrees higher than their normal rates for this time of the year, and the weather will turn hot in the afternoon and afternoon hours throughout, and temperatures will be around 35 degrees Celsius in many Egyptian villages and cities, while exceeding the barrier of 40 Celsius in the southern regions, with active forecasts of northern winds at times and the appearance of clouds at different altitudes in some areas.