Weather of Arabia - It is expected that in the coming days, the whole of the Republic of Egypt will continue to be affected by the hot air mass that originally dominates the Republic.

In the details, it is expected that temperatures will continue to be around slightly above their normal rates during the weekend, so that relatively hot weather prevails on the northern coasts, while it is hot in the Lower Egypt, Greater Cairo and Canal cities, and very hot, especially during the afternoon and afternoon hours in the rest of the world. The winds will be northwesterly moderate in speed, active in the afternoon hours in some areas and will cause dust and dust in some areas. 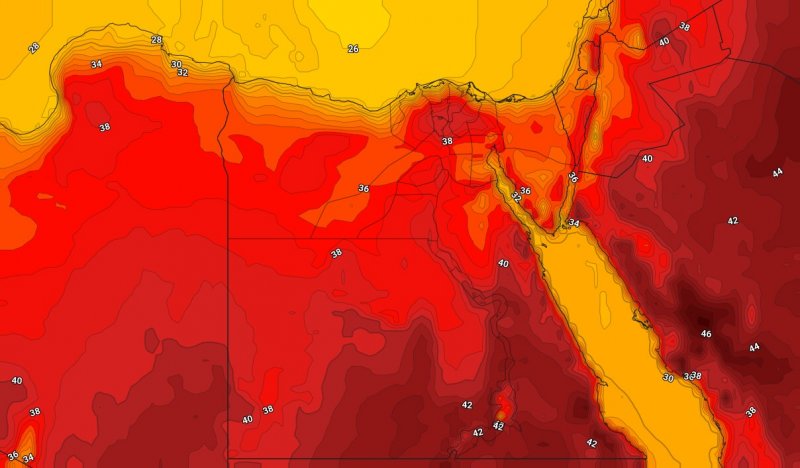 During the night hours, the weather is warm in the northern regions and relatively hot in the rest of the regions. Humidity levels rise and water mist forms on a daily basis in parts of Sinai, the Canal cities and parts of Lower Egypt, in addition to Matrouh, which may extend to some northern coastal areas.