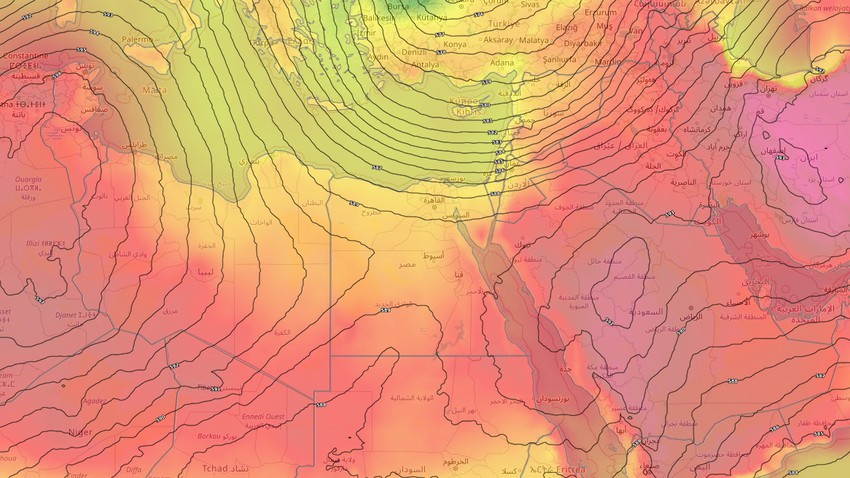 Weather of Arabia - It is expected that in the coming days, the whole Republic of Egypt will be more affected by the hot air mass that originally dominates the Republic and accompanies the depression of Sudan, which is reflected in a gradual rise in temperature in all regions of Egypt, this comes as a result of the control of high air in the upper layers of the atmosphere. Which works to stabilize the weather and the clarity of the atmosphere in various regions.

Gradual rise in temperature in the coming days

In the details, it is expected that temperatures will continue around their normal rates on Monday, so that relatively hot weather prevails on the northern coasts, while it is very hot, especially during the noon and afternoon hours in most areas, including Lower and Upper Egypt, provided that intense air currents will increase. The heat is coming from the desert of the Arabian Peninsula towards all regions of the eastern Mediterranean, including Egypt, as of Tuesday, as temperatures tend to rise gradually, becoming higher than their rates for this time of the year. 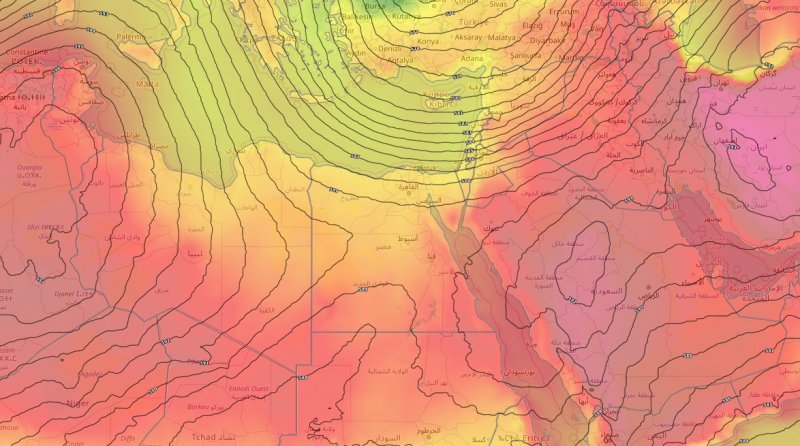 During the night hours, the weather is warm in the northern regions and relatively hot in the rest of the regions. Humidity levels rise and water mist forms on a daily basis in parts of Sinai, the Canal cities and parts of Lower Egypt, in addition to Matrouh, which may extend to some northern coastal areas.

In conjunction with the prevailing hot weather, the north winds are active on Monday, accompanied by strong gusts at times that raise dust and dust in some areas, especially parts of the cities of the Gulf of Suez, Matrouh Governorate, Lower Egypt, Greater Cairo and parts of the south of the country, and the waves are turbulent in the Mediterranean and the Red Sea, which works On irregular navigation and some marine activities. 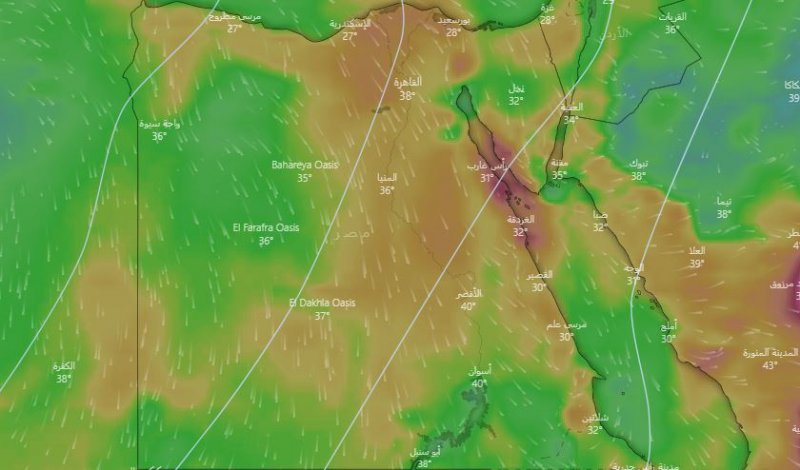