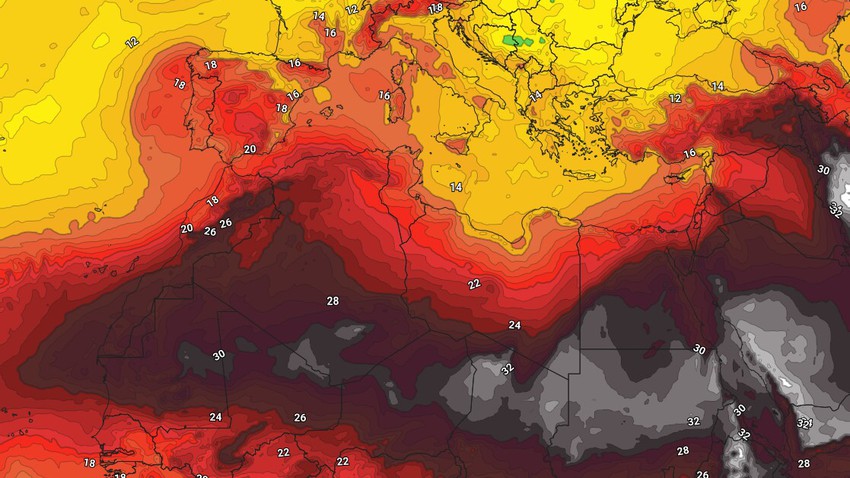 Weather of Arabia - The Republic of Egypt continues to be affected by the hot air mass at the end of the week, so that temperatures will continue at high levels as a result of the expansion of the atmospheric thermal depression from the east in conjunction with the control of the upper elevation over the region.

Another rise in temperatures occurs at the end of the week, with Egypt affected by dry and hot air currents that raise temperatures to the end of the thirties in the northern regions and the beginning of the forties in the southern regions, so that relatively hot weather prevails in the coastal areas, and hot in Greater Cairo, Lower Egypt, South Sinai and the coasts The Red Sea, and very hot in the rest of the regions. 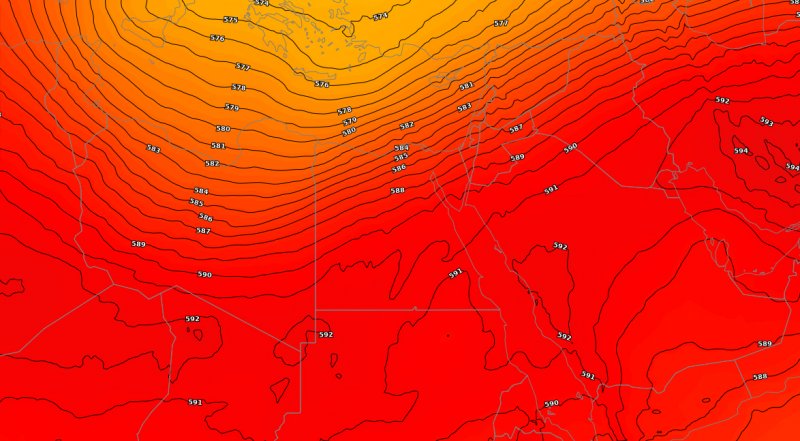 Northeast winds blow over most areas, raising dust and causing a decrease in horizontal visibility, especially on external roads. Wind gusts are expected to reach more than 80 km/h, especially the coasts of the Red Sea.

As for the beginning of next week, it is expected that temperatures will tend to decrease slightly, and the decline in the atmosphere is not expected to be sharp or appreciable, so that hot to very hot conditions will continue to prevail, with some indications that the atmosphere may ease in the middle of next week.