Egypt: Hot to very hot weather in various regions and warning of the formation of water mist in the morning in many areas during the coming days 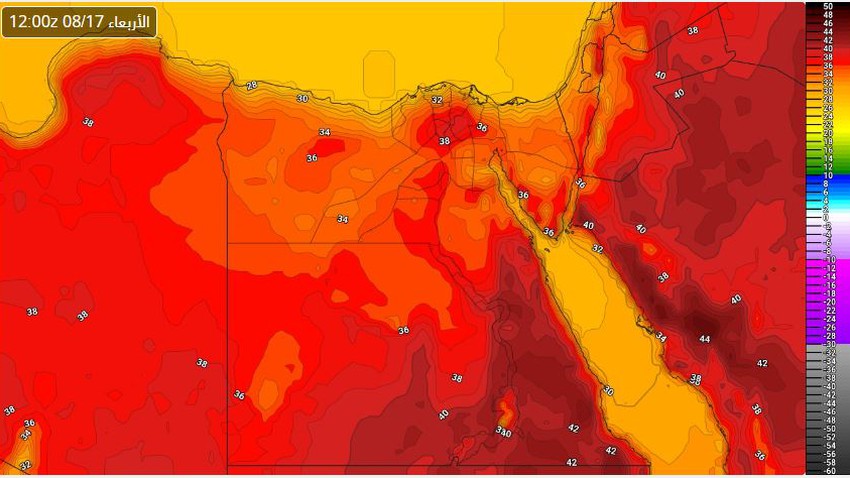 Arab Weather - Weather maps, through the Badr system developed in Arab weather , show an expected continuation of the control of an upper air altitude over Egypt's atmosphere during the coming days, so that temperatures remain slightly higher than their usual rates for this time of the year. It is expected that surface moisture levels will rise during the late night and early morning hours over northern Egypt, with low clouds crossing the dawn and morning hours, in the form of water mist in large parts of North Sinai, the cities of Suez, Lower Egypt, western Greater Cairo and Marsa Matrouh, associated with a low range Horizontal vision .