Egypt | Hot weather and rising dust in some areas on Monday 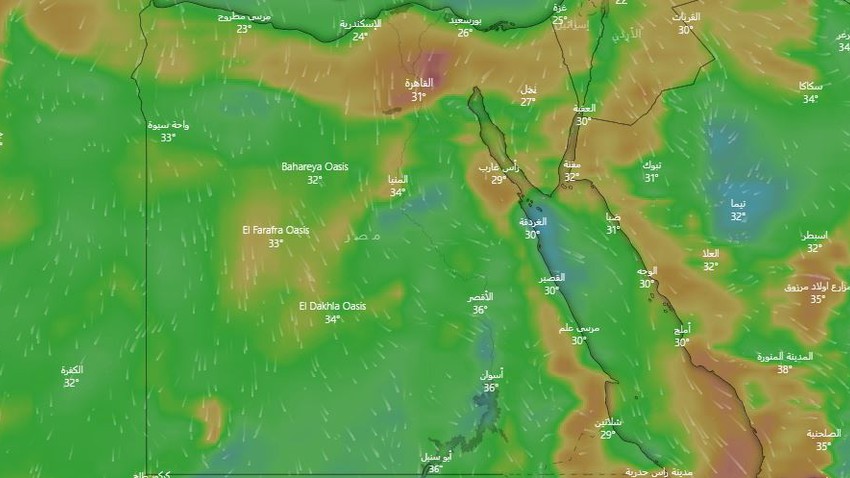 Weather of Arabia - Egypt continues to be affected by a low, upper extension of normal summer weather and temperatures below their normal rates on Monday, and winds are active in parts of the Republic of Egypt that are dusty and dusty. 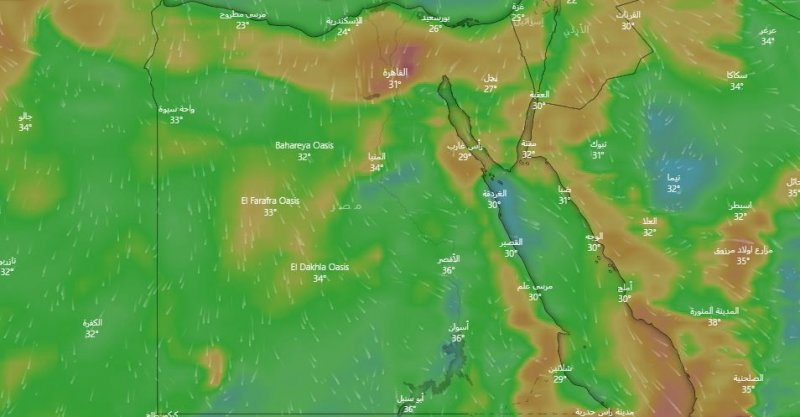 During the night hours, the weather is pleasant in the northern regions and mild in the rest of the regions. Humidity levels rise and water mist forms in parts of Lower Egypt and Matrouh.

How about the rest of the week?

Egypt will continue to be affected by an extension of an upper air depression accompanied by an air mass around its normal rates during the coming days, so that temperatures will remain lower than their relative rates for this time of the year in most areas , so that the weather will be moderate on the northern coasts and hot on the delta, Cairo, canal cities, central and southern Sinai The coasts of the Red Sea and northern Upper Egypt are very hot in the rest of the regions, while the weather is moderate to mild at night in most regions.

And towards the end of the week, it is expected that temperatures tend to rise to become higher than their normal rates, and very hot weather prevails throughout Egypt, and the activity of the northern winds continues after noon hours on a daily basis in some areas and is dusty and dusty in many areas .