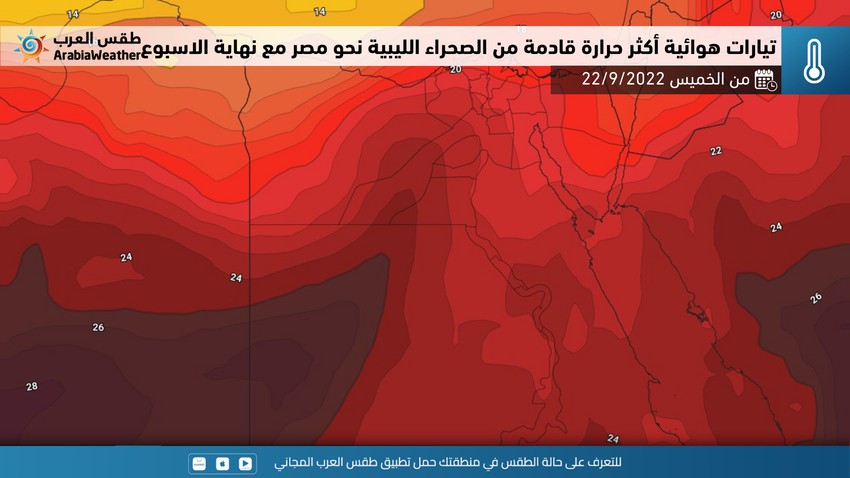 Arab Weather - The weather maps in the Arab Weather Center indicate that Egypt will continue to be affected by the northwestern air currents coming from the Mediterranean on Wednesday, so that the weather will continue to be relatively hot in the northern regions and hot in the southern regions during daylight hours, and the winds are northwesterly moderate in speed, sometimes active.

A less hot air mass rushes towards northern Libya on Thursday and Friday, which causes an air mass that is hotter than the Libyan desert to be pushed towards the Egyptian lands and penetrates more towards the northern regions of the Republic, causing a clear but temporary rise in temperatures and the weather becomes hot in the northern regions, but it is very hot In the southern regions, the temperature reaches the mid-30s Celsius in the north, including the capital, Cairo. 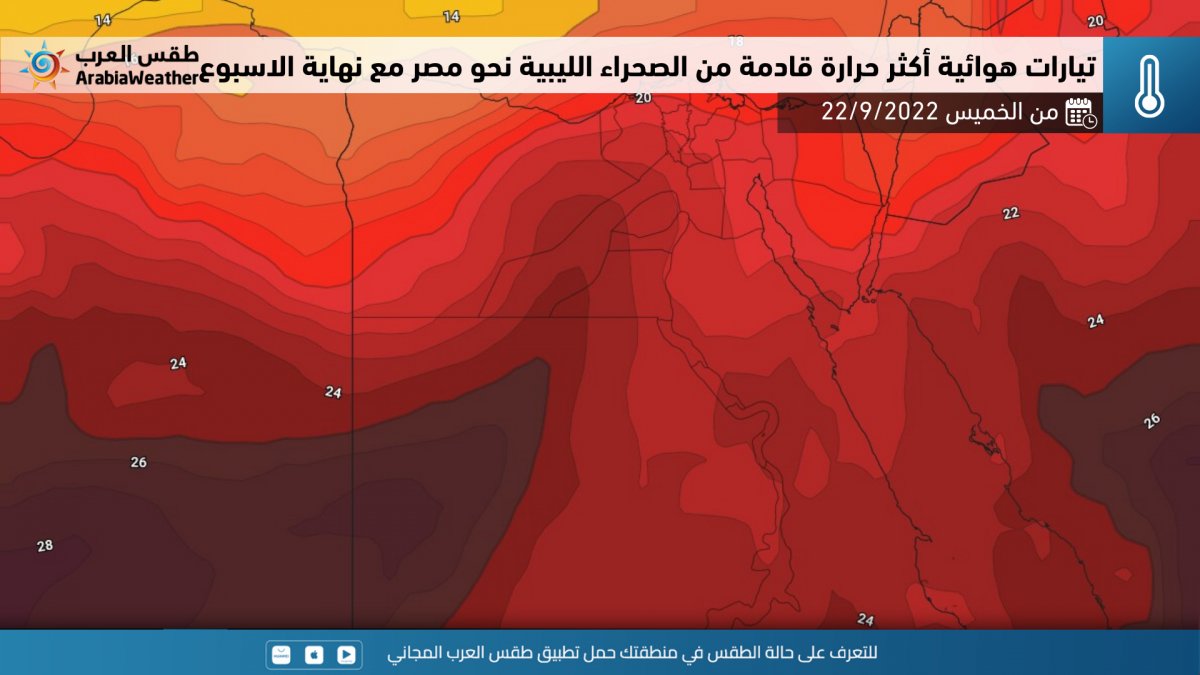 The winds become variable and light in most areas, northwest to southwesterly over the northwest of the country, sometimes active and raising some dust.